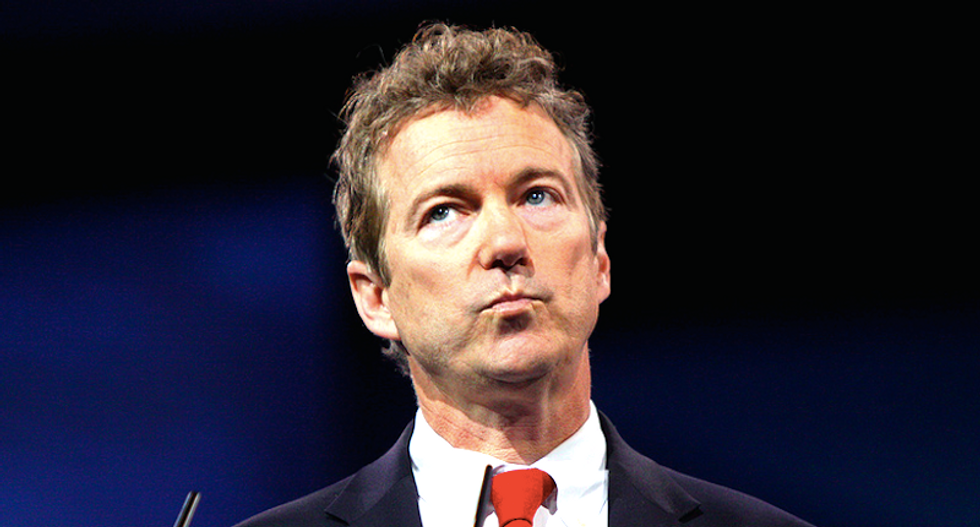 Kentucky Sen. Rand Paul still owes upwards of $300,000 in debt from his unsuccessful bid to be the Republican presidential nominee, the Lexington Herald-Leader reports.

His campaign has reported $301,108 in debts and just over $2,500 in cash-on-hand, the Herald-Leader reports. He owes dozens of businesses money for services like rent and equipment, the paper reports.

“We try to get payment up front. Unfortunately, in this particular case, for whatever reason, we didn’t,” Peter Kutrumanes, of Hartford Technology Rental in Illinois, told the paper. “We’re a little company. That amount, it’s a salesperson’s salary for a month. It’s absolutely a big deal.”

His company is owed $3,962 for equipment rental to Paul's campaign.

“The first thing we heard was that a check had been issued and was sent out. And then they said that they wanted to move it to their next quarter, so the payment would be coming to us a month or two later, in April or May,” Baltutat told the Herald-Leader. “We haven’t heard anything from them since.”

Anti-debt rhetoric is a platform for Paul.

"Well, the biggest problem our country faces is the mounting debt -- 16 trillion dollar debt," he said in a 2013 interview with Real Clear Policy. "We're borrowing over a trillion dollars every year and we've added 6 trillion just in the last four years, so we have to do something. The sequester is simply a slow down in the rate of growth of government."

He likened debt to stealing.

"Well, I think it's immoral to steal," he said. "It's immoral for me to borrow money, spend it for my generation, and then ask you to pick up the tab while you're still in school or unemployed after graduation."

Paul's campaign spokeswoman told the Herald-Leader that all his bills will be paid.

He's not the only Republican presidential contender with outstanding bills. His former rival and now-nominee Donald Trump has become infamous for stiffing contractors, according to an investigation by USA Today Network.

"The analysis of Trump lawsuits also found that professionals, such as real estate agents and lawyers, say he's refused to pay them sizable sums of money," USA Today reported. "Those cases show that even some loyal employees, those selling his properties and fighting for him in court, are only with him until they’re not."

Soldiers at several army bases across the West African country rebelled on Sunday, demanding the sacking of the military top brass and more resources to fight a bloody jihadist insurgency.