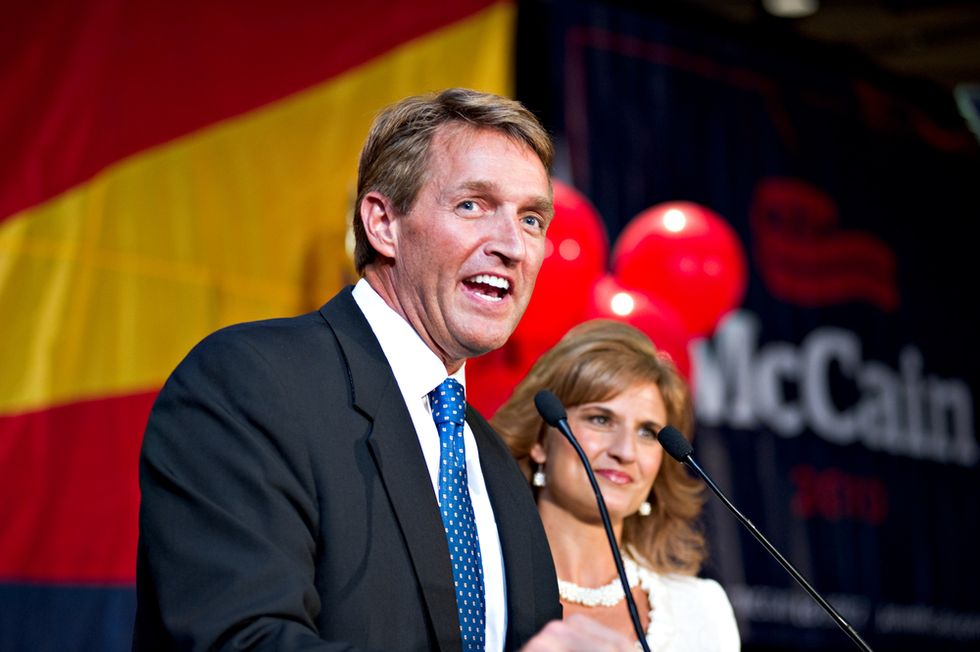 A Republican senator has called on his party to dial back its rhetoric with regards to presumptive Democratic presidential nominee Hillary Clinton.

Vox reported Thursday that Sen. Jeff Flake (R-AZ) tweeted that the chants of "Lock her up!" and "Hillary for prison!" at this week's Republican National Convention are making the party look bad.

.@HillaryClinton now belongs in prison? C'mon. We can make the case that she shouldn't be elected without jumping the shark.
— Jeff Flake (@Jeff Flake) 1468988298.0

Republican speakers and delegates have called openly for former Secretary of State Clinton to be prosecuted and imprisoned this week.

Vox's Andrew Prokop wrote, "(T)he idea has been endorsed from the podium at least four times so far — including by Pam Bondi, the top law enforcement officer in the state of Florida. (Bondi responded to the chant Wednesday night by saying, "Lock her up, I love that!")

Flake expanded upon his Twitter statement in a post at Medium.com, in which he wrote, "Republicans are not going to defeat Hillary Clinton in November by insisting that she belongs in prison any more than we defeated Barack Obama by pretending that he was born in Kenya. So let’s drop the references to orange pant suits and chants of 'lock her up.' These jokes and bromides may play well in rare venues and limited circles, but they cheapen the very real arguments that need to be made to the broader public against a Hillary Clinton presidency."