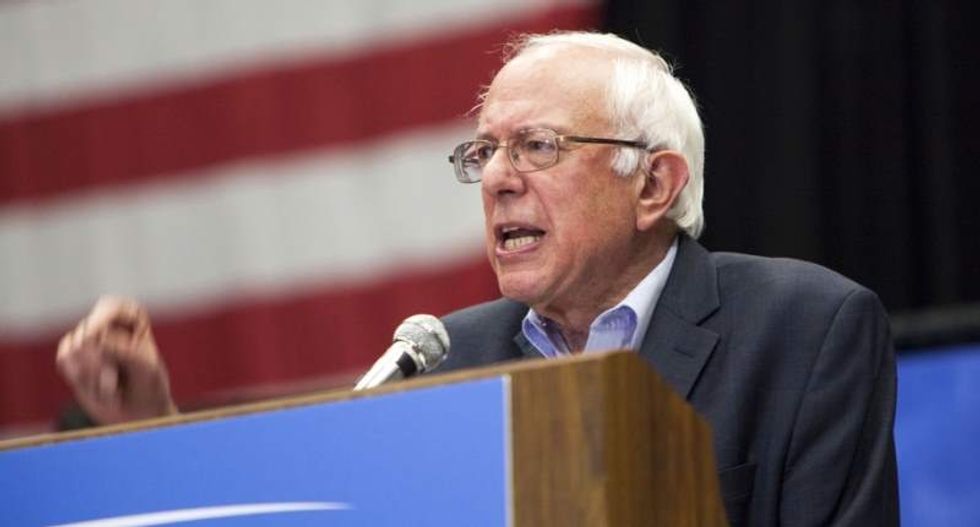 "It goes without saying that in the next three months, we have got to defeat Donald Trump and elect Hillary Clinton," Sanders said here at the delegates' daily breakfast at the Democratic National Convention. "Donald Trump is the worst candidate in the modern history of this country."

Sanders, an independent senator from Vermont, reminded Texas delegates that before he ran for president, Trump was a "leader of the so-called 'birther' movement," which demanded to see the birth certificate of President Barack Obama. The movement, Sanders explained, was not about policy differences with Obama, but "trying to undermine the legitimacy of the first African-American president."

Democrats nominated Clinton for president on Tuesday, and Sanders encouraged convention attendees to support her.

After a hard-fought primary against Clinton, Sanders touted to Texas delegates how his campaign collaborated with hers to reshape the Democratic Party, including teaming up to "make the most progressive platform in the history of the Democratic Party." Sanders also turned to the future, saying his campaign may be done, but he is now bringing more people into the political process.

"The political revolution was not just about winning a campaign," Sanders told Texas delegates. "It was about transforming this country. That struggles continues, and I look forward to working with you in the future."

Clinton defeated Sanders by more than 30 points in Texas' March 1 primary, a loss he acknowledged as he began his remarks. "I know we didn't do great in the state of Texas," Sanders said.

But the senator spoke of how he was encouraged by an early visit to Austin, before he was an official candidate. He recalled being frustrated with the "damn traffic" as he headed to a meeting at a union hall — then coming to a realization as he got closer.

"Turns out it was people getting into the meeting," Sanders said, recalling his thought at the time. "If we’re doing that well in Texas, then I think we’ve got a chance to do well around the country."

Sanders received an adoring reception from Texas delegates, some of whom began chanting "We love Bernie!" when his microphone temporarily stopped working. Others sprang to their feet with chants of "No TPP!" when he started railing against the Trans-Pacific Partnership, a trade deal he opposed throughout his campaign.