Black Dallas surgeon tells police: I support you -- that doesn't mean I don't fear you 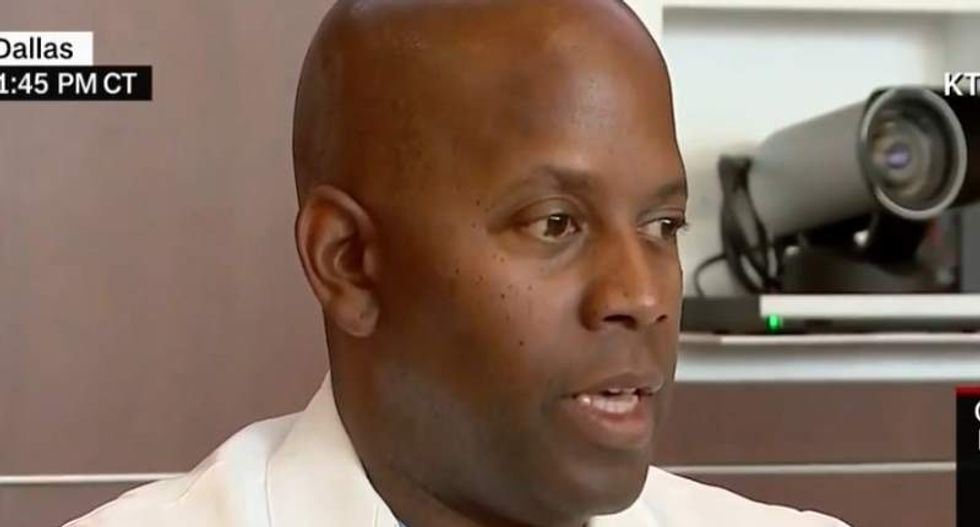 A trauma surgeon who assisted in the efforts to treat the officers injured and killed during the Dallas shooting attack last week opened up on Monday about what he described as the dichotomy between his support for law enforcement and his anxiety concerning interactions with them outside of work.

"One time, a year or two ago, I bought one of the Dallas PD officers some ice cream when I was out with my daughter getting ice cream. I want my daughter to see me interacting with police that way so she doesn't grow up with the same burden that I carry when it comes to interacting with law enforcement," Brian H. Williams said during a press conference. "And I want the police officers to see me -- a black man -- and understand that I support you, I will defend you and I will care for you. That doesn't mean that I do not fear you. That doesn't mean that if you approach me, I will not immediately have a visceral reaction and start worrying for my personal safety."

According to the Associated Press, Williams, who practices at Parkland Memorial Hospital, said that not being able to save some of the officers "weighs heavily" on his mind. But he also said his concerns began much earlier in his life.

"Right now it is certainly a struggle. There's this dichotomy where I am standing with law enforcement," he explained. "I also, personally, feel and understand that angst that comes when you cross the paths of an officer in uniform and you're fearing for your safety. I've been there and I understand that."

Watch Williams' remarks, as posted online on Monday, below.