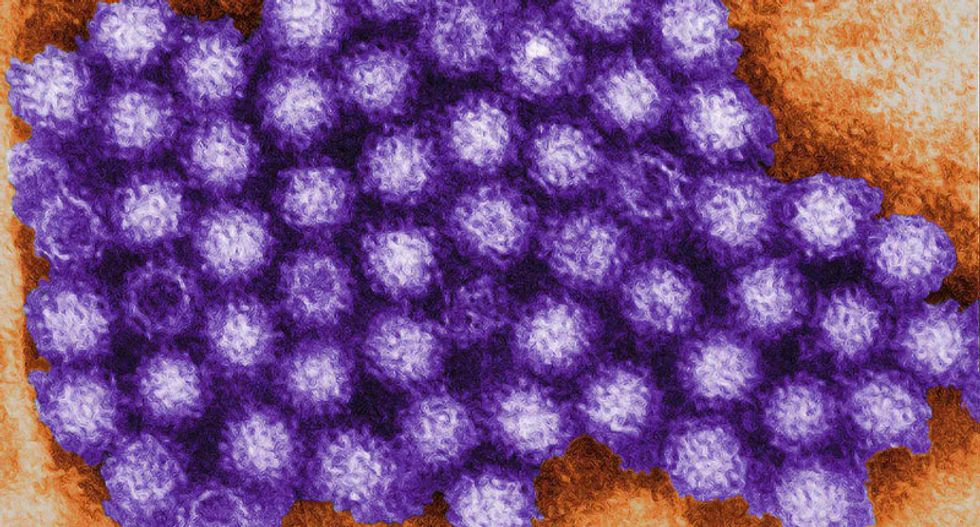 Nearly a dozen staffers from the California Republican party have developed severe gastrointestinal symptoms that could be Norovirus at a resort in Sandusky, Ohio, about 65 miles (100 km) from the site of this week's Republican National Convention in Cleveland.

The group was an advance team for the state's delegation to the convention. Health officials said the illness was only affecting staff who arrived last Thursday, and none of the delegates to the convention are believed to be sick.

"It looks like Norovirus. We're not 100 percent sure," said Peter Schade, the Erie County health commissioner who is investigating the outbreak. He said test results for the virus were still pending.

Schade said the staffers were showing symptoms of the disease when they arrived. "They brought whatever they had with them," he said.

The staffers arrived at the Kalahari Resorts in Sandusky on Thursday to handle logistics at the hotel and became sick with Norovirus-like symptoms, which include stomach pain, nausea, and diarrhea and vomiting.

Norovirus is highly contagious and individuals may begin to feel better but can still spread it to others. Schade said the sick individuals are staying in their hotel rooms to avoid spreading the virus.

Norovirus is sometimes called the cruise ship virus because infections usually occur in places such as hospitals, cruise ships and universities, where people eat and live in close quarters.

Norovirus is the most common cause of foodborne disease outbreaks in the United States. It affects about 19 million to 21 million people in the United States each year, causing between 570 to 800 related deaths, according to the U.S. Centers for Disease Control and Prevention.