Can Pence's vow not to sling mud survive a Trump campaign? 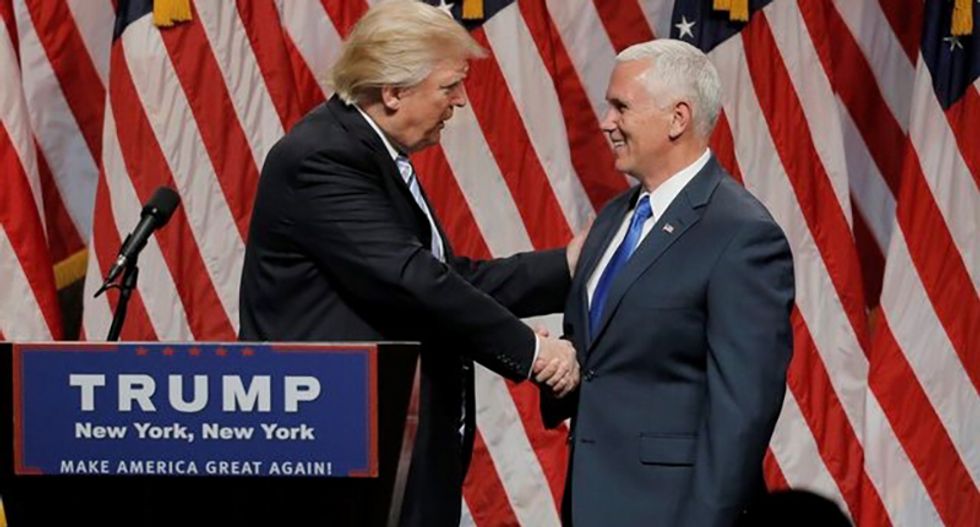 In 1990, during a close and bitter congressional race, Mike Pence came under attack for using campaign funds to pay for personal expenses, including his mortgage and credit card bills.

The expenditures were not illegal at the time, but proved difficult to explain for a candidate who had railed about the outsized role of money in politics.

Pence in turn blasted his opponent with attack ads, including one featuring a man in traditional Arab clothing who thanked Pence’s opponent in thickly accented English for policies that benefited Middle Eastern oil producers. The commercial was attacked by Arab-American groups, and the Indianapolis Star called it one of the two worst campaign commercials that year.

Pence, who is now Indiana’s governor and was selected this week to be Donald Trump’s presidential running mate, lost his 1990 race, but what he regretted more than losing, he later said, was his decision to sling mud.

In the 25 years since that loss, Pence’s political allies and enemies alike say he has steered clear of personal attacks. This could prove challenging when campaigning with Trump, who enthusiastically tears into his rivals.

Pence’s style is likely to cast him in a very different role from that of traditional vice presidential candidates, who often throw and take punches to allow presidential contenders to remain above the fray.

In the case of Trump and Pence, said Indianapolis University Professor Laura Merrifield Albright, the roles are likely to be reversed.

“It's a different dynamic. It's tough to imagine anyone out-trumping Trump,” she said, noting that he is “willing to do his own dirty work.”

Michael Totten, a retired architect who worked on Pence’s 1990 campaign, thinks the two candidates will complement one another. He dubbed Pence “the perfect No. 2,” a running mate who can “temper some of Trump's enthusiasm” and “be the calming voice."

Neither Pence nor the Trump campaign immediately responded to a request for comment.

'I REALLY SCREWED UP'

After losing his 1990 race, Pence apologized to his opponent for the oil advertisement.

He later told his colleague at a conservative think tank, William Styring, that he regretted the tone of the campaign. “I really screwed up on this. It's not me," Styring recalled Pence as saying.

In 1991, Pence wrote an apologetic article for the think tank's policy journal, titled “Confessions of a Negative Campaigner.”

After the defeat, Pence did not seek public office again for a decade. He worked at the Indiana Policy Review and hosted his own statewide conservative radio talk show, describing himself as “Rush Limbaugh on decaf.” He also hosted a morning TV show in Indianapolis from 1995 to 1999.

In 2000, Pence again ran for a U.S. House of Representatives seat, this time successfully. And he demonstrated that his 1990 mea culpa was more than just political theater, observers of Indiana politics say. His opponents in campaigns after he re-entered politics describe him as extremely disciplined and cordial.

Melina Fox, Pence's Democratic challenger in 2002, said that his statements in the race were “calculated and thought-out.” Democrat Barry Welsh, who ran against him in 2006, 2008 and 2010, said Pence was invariably “polite, professional and gentlemanly.”

But some question how he will cope with being constantly challenged in a hard-fought presidential race. "He seems uncomfortable with difficult questions and does not take counterpunches very well," said Rebecca Pearcey, who ran the losing campaign of Pence’s opponent in the 2012 race for Indiana governor, Democrat John Gregg. "He doesn't engage. He operates as though the opponent is not there."

Before being picked as Trump’s running mate, Pence was poised for a tight rematch race against Gregg. In recent months, Pence’s approval rating had fallen below 50 percent, in part because of controversy surrounding the state’s Religious Freedom Restoration Act, which held that "a governmental entity may not substantially burden a person's exercise of religion."

Pence first alienated liberals and moderates by signing the bill into law. He then outraged the measure’s evangelical supporters by endorsing changes to the law aimed at preventing discrimination against lesbian, gay, bisexual and transgender people.

The 2016 gubernatorial campaign had started to become more negative, with yard signs calling for Pence to be fired. The Republican Governors Association ran an independently produced ad that attacked his opponent’s record. But Pence himself had not gone negative.

At a Saturday morning event to formally introduce his running mate, Trump called Pence “a man of honor,” contrasting him with Hillary Clinton, whom he described as “the embodiment of corruption.”

It remains to be seen how aggressive Pence will be in campaigning for Trump in coming months - and whether he will stick to the principles outlined in his 1991 article on negative campaigning.

“It is wrong, quite simply,” he wrote at the time, “to squander a candidate’s priceless moment in history ... on partisan bickering.”

In an interview with CBS correspondent Lesley Stahl that will air on "60 Minutes" on Sunday evening, Trump suggested he may not expect his running mate to go on the attack.

While discussing his Democratic opponent Hillary Clinton, Trump told Stahl, "I call her 'Crooked Hillary' ... but I don't think he should do it, because it's different for him."

(Reporting by Kristina Cooke in San Francisco and Ginger Gibson in Cleveland; Editing by Sue Horton and Matthew Lewis)