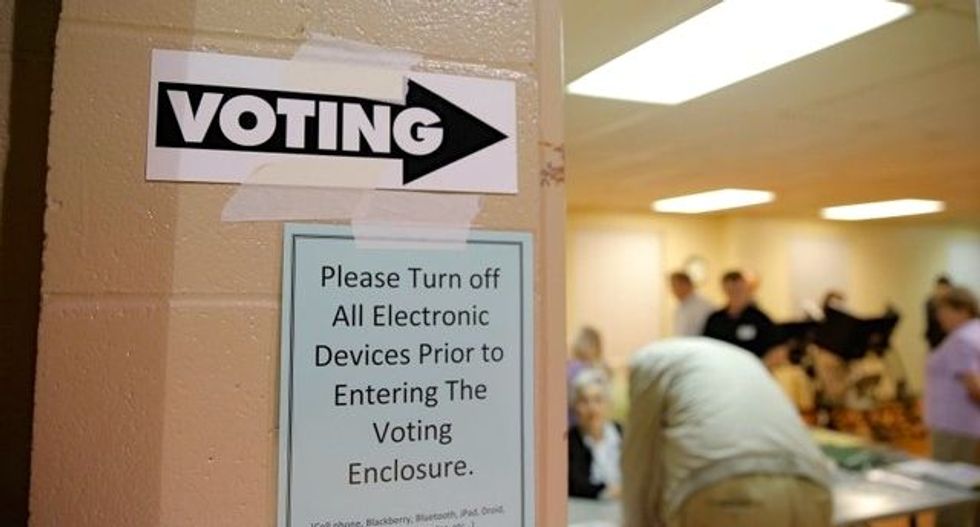 On Election Day in 2014, Joetta Teal went to work at a polling station in Lumberton, North Carolina. Like all poll workers, she was required to stay until voting booths closed, so she decided to cast her own vote there.

That was a mistake, she later discovered. What she didn't know was that under a 2013 state law she had to vote in the precinct where she lived. The polling station where she voted was not in her precinct, so her vote was not counted.

A Reuters review of Republican-backed changes to North Carolina’s votingrules indicates as many as 29,000 votes might not be counted in this year's Nov. 8 presidential election if a federal appeals court upholds the 2013 law. Besides banning voters from voting outside their assigned precinct on Election Day, the law also prevents them from registering the same day they vote during the early voting period.

The U.S. Justice Department says the law was designed to disproportionately affect minority groups, who are more likely to vote out of precinct and use same-day registration. Backers of the law deny this and say it will prevent voter fraud.

The battleground state has a recent history of close races that have hinged on just a few thousand votes. Barack Obama, a Democrat, wonNorth Carolina by just 14,177 votes in 2008. In 2012, Mitt Romney, a Republican, narrowly carried the state by a margin of just 2.04 percent.

Reuters reviewed state election board data showing the number of NorthCarolinians who made use of out-of-precinct voting and same-day registration in previous elections, including March's state nominating contest, or primary, when voters nominated their preferred presidential candidate.

The Reuters analysis includes some assumptions. For 29,000 votes to go uncounted on Nov. 8, North Carolinians would need to vote in the same numbers and in the same ways they have in previous elections, including the March primary.

In that primary, after a court temporarily ordered a stay on the bans, 6,387North Carolinians voted out of their assigned precinct and 22,501 registered the same day they voted.

The North Carolina Board of Elections did not respond to requests for comment on Reuters’ findings.

North Carolina Senator Bob Rucho, a Republican who backed the law, declined to comment specifically on the findings but disputed the notion that the law suppressed votes, saying the increased turnout between the 2010 and 2014 elections shows it has not had a disparate impact on minority voters.

Advocacy group Democracy North Carolina, however, said their poll monitors saw many people attempting to vote out of precinct in 2014 who were told by officials their ballots would not count, and as a result cast no vote. And it says 23,500 voters would have used same-day registration to vote in 2014 if it had not been banned, basing its findings on a review of election board data, hundreds of hotline calls, and the observations of more than 300 poll monitors.

North Carolina Board of Elections executive director Kim Strach said her office looked into claims of voters being turned away "but generally did not find statewide evidence of it."

The Fourth U.S. Circuit Court of Appeals, which is considering legal challenges to the law from the Justice Department and civil rights groups and citizens, is expected to issue a ruling in the next few weeks.

North Carolina’s Senate passed its new voting laws weeks after the U.S. Supreme Court voted 5 to 4 in June 2013 to eliminate a requirement that nine states mostly in the South with a history of discrimination, includingNorth Carolina, receive federal approval before changing election laws.

The Justice Department alleged a “race-based purpose” to the new law in a legal brief. Studies the department cited show that minority and low-income voters are more likely to use same-day registration and out-of-precinct voting because they are less likely to own a car or have flexible working hours. These voters are also more likely to vote for Democratic candidates.

"If you pick out precisely the way minority voters are engaging with the process, that's intentionally treating minority voters differently," Justin Levitt, the head of the Justice Department’s voting unit, said in an interview.

North Carolina state officials say the changes cut fraud by making it harder for people to cast multiple ballots or impersonate other voters.  The Justice Department said in court documents that voter fraud was “virtually non-existent” in the state.

Rucho, the state senator, said while the law banned some voting methods and cut the early voting period from 17 to 10 days, it extended the hours during which voters could vote.

Teal, who is African American, was one of 14 North Carolina voters Reuters contacted whose votes were invalid in 2014 because of the law.

Ten of them, including Teal, did not realize their votes were not counted until informed by Reuters. One was told his vote would not count by a voter advocacy group, and the other three were told by poll workers that their ballots likely would not count.

In all, 1,390 ballots were rejected in the 2014 election because they were cast out of the voter’s assigned precinct — up from 49 rejected for the same reason in 2010, according to the Reuters review of provisionalballots.

“If they could have just sent people letters and told them exactly where to go, that would have been helpful,” Teal said. The North Carolina Board of Elections website has a tool for residents to look up their assigned precincts, but Teal did not know about it.

This year she plans to vote early.

In other developed democracies, “the government takes a greater responsibility for ensuring that voter registration lists are kept up to date and accurate,” said Tova Wang, senior fellow at the policy research group Demos.

The election board has been trying to educate North Carolinians about the ban on out-of-precinct voting through ads and a four-person voter outreach team that travels around the state to raise awareness about thechanges, said Strach, the board's director.

“We’re telling people, go find out where you are, make sure you’re showing up at the right precinct,” Strach said.