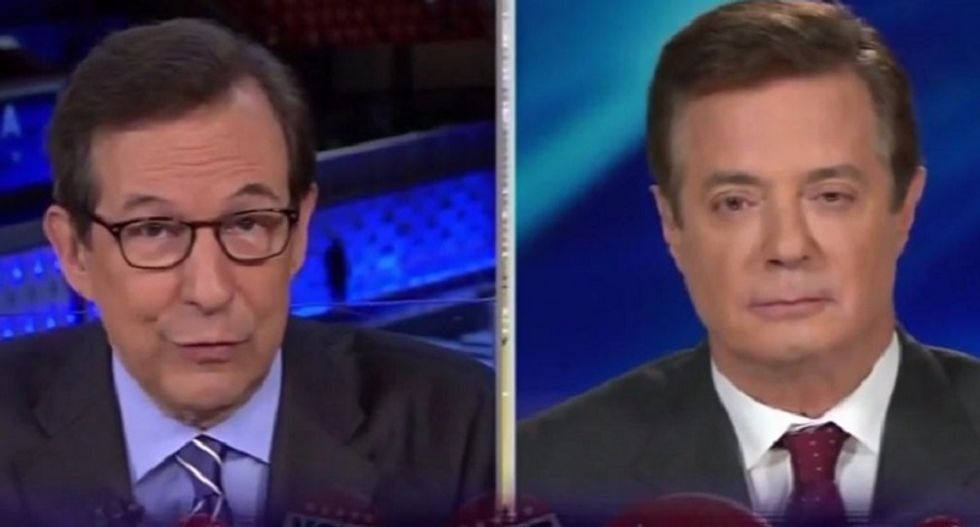 Wallace played speeches by President Barack Obama and Trump's Democratic rival, Hillary Clinton, in which they accused the real estate mogul of casting an overly-dark vision of the United States and failing to provide policy solutions for the alleged problems he laid out.

Manafort denied that he did, and said Obama is "totally out of touch with America... It shows that he doesn't even get what he's done to this country," and adding that people are "afraid to walk the streets."

Wallace then challenged Manafort on Trump's claim that there's "no way to screen these [Syrian] refugees in order to find out who they are or where they come from."

Wallace told Manafort that "simply is not true. It takes 18 months to 2 years to screen a single Syrian refugee to come into the country."

Manafort responded by saying that Trump's point was that "we have to have a system that vets people coming in from dangerous areas, from terrorist historical areas. We don't have one right now. We have open borders. There's no vetting process which is why things are dangerous."

Wallace broke in and reiterated the system he had just described, which requires 18 months to 2 years of vetting for Syrian refugees.