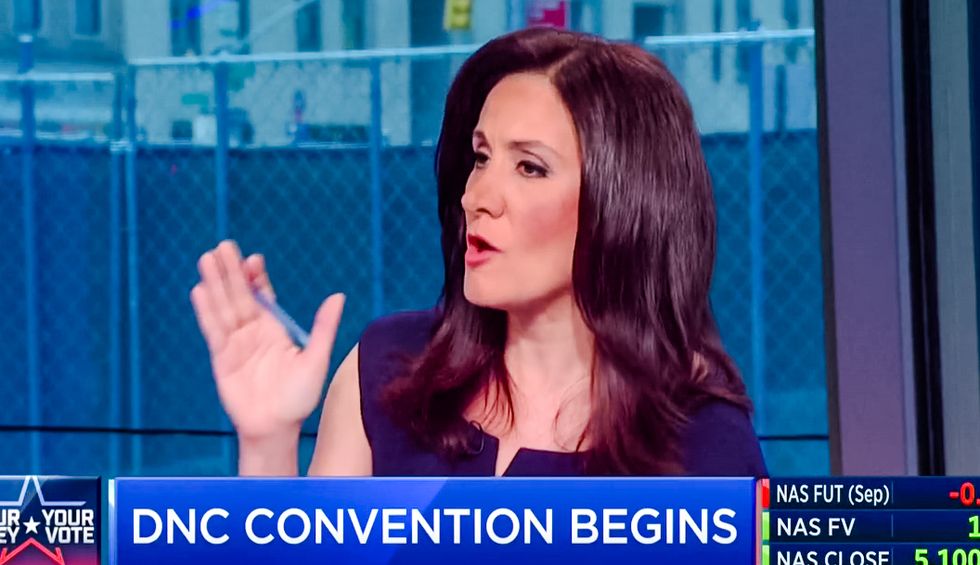 "But when it comes to the Democrats, you have a lot of Democrats who say they actually didn't get the candidate they want," she continued. "The establishment won. That's the difference, and that's why you could have discord [at the Democratic convention]."

Richardson pointed out that the Democratic Party had incorporated many of Sanders' ideas into its platform.

"He's been respected, he's endorsed Hillary Clinton," Richardson explained. "I think he's energized the Democratic Party. If you look at what happened in the Republican Party, the fact that the governor of the state where the convention was held, John Kasich, a very good moderate -- he's not going to be happy when I call him that -- didn't even attend, didn't even endorse."

Caruso-Cabrera interrupted: "That's what I find so interesting about the differences between the two parties. You've had so many Republicans disavow Donald Trump. But I haven't heard a single Democrat disavow socialism."

According to Richardson, there had been a "convergence of the Clinton wing, the Sanders wing."

"It's not going to be all the Sanders people supporting Hillary Clinton, but I think you're going to see on the issues, on the platform, on income inequality issues, on national security," he said.