CNN digs up old mug shot of Louisiana man killed by police: 'Does he have a history of violence?' 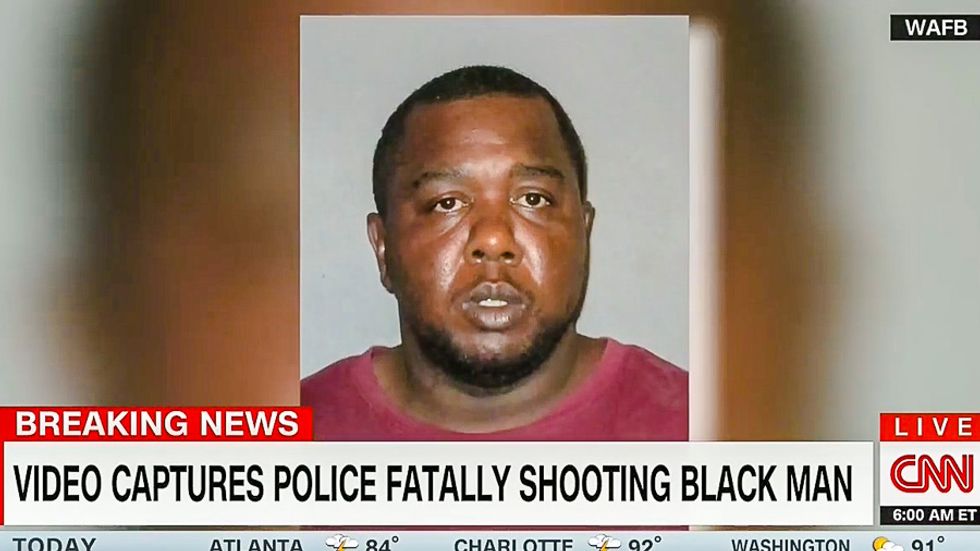 CNN on Wednesday reported the death of 37-year-old Alton Sterling by using an old mugshot instead of current Facebook photos.

After cell phone video surfaced showing a Baton Rouge officer killing Sterling during an alleged struggle, CNN's Polo Sandoval reported on Wednesday that protesters had taken to the streets to demonstrate against the shooting.

And although photos of Sterling were readily available from Facebook and his family, CNN selected a mugshot provided by WAFB as the only photograph of Sterling to air for the report.

"Does he have a history of violence?" Camerota asked.

"He was like a gentle giant," Sandra Sterling replied.

"Can you tell us what his previous incident with the law was?" the CNN host pressed.

The aunt insisted that the charge "was something so minor that it's not even worth saying."

According to The Advocate, a warrant had been issued for Sterling's arrest in 2015 after he failed to register as a sex offender for charges dating back to 2000. He also spent five years in prison beginning in 2009 for drug-related crimes.

Media outlets -- including CNN -- have been called out repeatedly for using mugshots of victims of officer-involved shootings, while using less ominous photos of the killers in uniform.