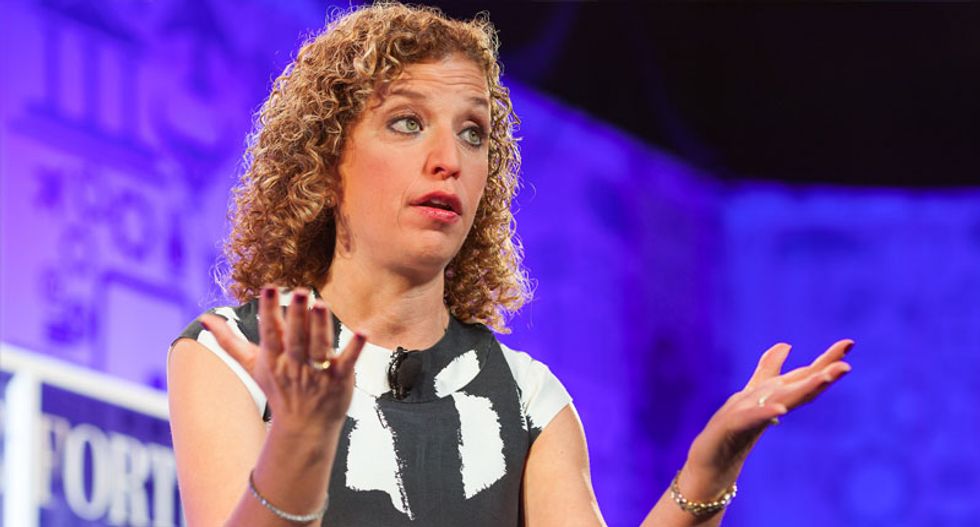 Debbie Wasserman Schultz, the head of the Democratic National Committee, no longer has a speaking role and will not preside over the party's convention in Philadelphia.

CNN reported Sunday that the DNC Rules Committee has rescinded Wasserman Schultz's position as convention chairwoman. Rep. Marcia Fudge (D-OH) has been named as her replacement.

CNN previously reported that Schultz would not have a major speaking role in an effort "to keep the peace" in the party. Her role had been reduced to gaveling "the convention in and out."

But now she won't even be gaveling. All her appearances "have been scrapped" from the Democratic convention, CNN reported.

WikiLeaks has released thousands of emails from the DNC, some of which appear to show the organization intent on undermining the presidential campaign of Vermont Sen. Bernie Sanders.

Sanders supporters had long complained that Wasserman Schultz favored Hillary Clinton over Sanders during the Democratic presidential primary race. In May, Sanders wrote a letter to Wasserman Schultz complaining about unfair treatement.

The decision to limit Wasserman Schultz was approved by both Clinton and Sanders officials, the unnamed Democrat told CNN.