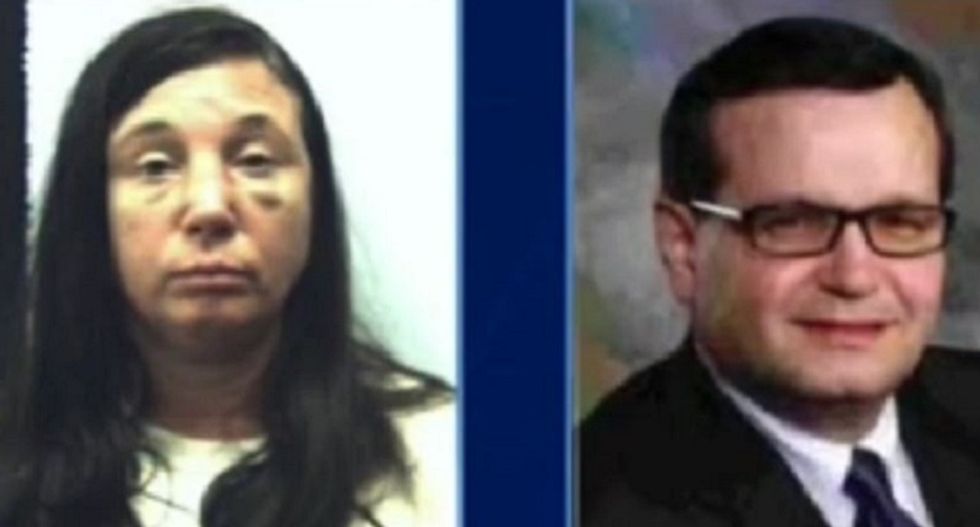 A Democratic delegate to the convention in Philadelphia next week has been accused of shooting her husband, who is also a delegate, WTAE reports.

Deanna Vicites, 47, was arrested early Sunday morning, accused of shooting her husband, Fayette County Commissioner Vincent Vicites, in Pennsylvania. While his wife called it an accident, the local district attorney said it was not. Vincent Vicites remains hospitalized.

"It is absolutely not an accident," DA Rich Bower told WTAE. "This is an intentional, knowing, reckless and/or negligent act where Mr. Vicites could have been killed."

After two surgeries, Vincent Vicites is in stable condition, but the bullet remains lodged in his throat area.

Bower said surgeons are unable to remove the bullet due to swelling in the area.

His wife is being charged with attempted homicide, aggravated assault and a firearms violation and is being held on $250,000 cash bond pending her July 26 hearing.

Vincent Vicites told police the couple had an argument earlier in the night and had been drinking, according to WTAE. Authorities said the couple gave varying accounts of how the shooting happened.

According to an affidavit provided to the Pittsburgh Post-Gazette, he said after the fight  he was sitting half-asleep in a chair in the couple's living room. Vicites said his wife shot him while he sat in the chair.

Deanna Vicites has a felony on her record and was not supposed to be in possession of a gun.

The couple's circumstances likely mean neither will be present at the convention next week, where Deanna Vicites is an at-large delegate.

The Pennsylvania Democratic Party released the following statement on the matter.

"The state Democratic Party is working to address changes in our delegation in an appropriate manner, and we're confident that will be the case when the DNC is gaveled in next week."

Watch the report, from WTAE, here: