Elizabeth Warren to Hispanic group: Trump was born with 'cash in his fist and hate in his heart' 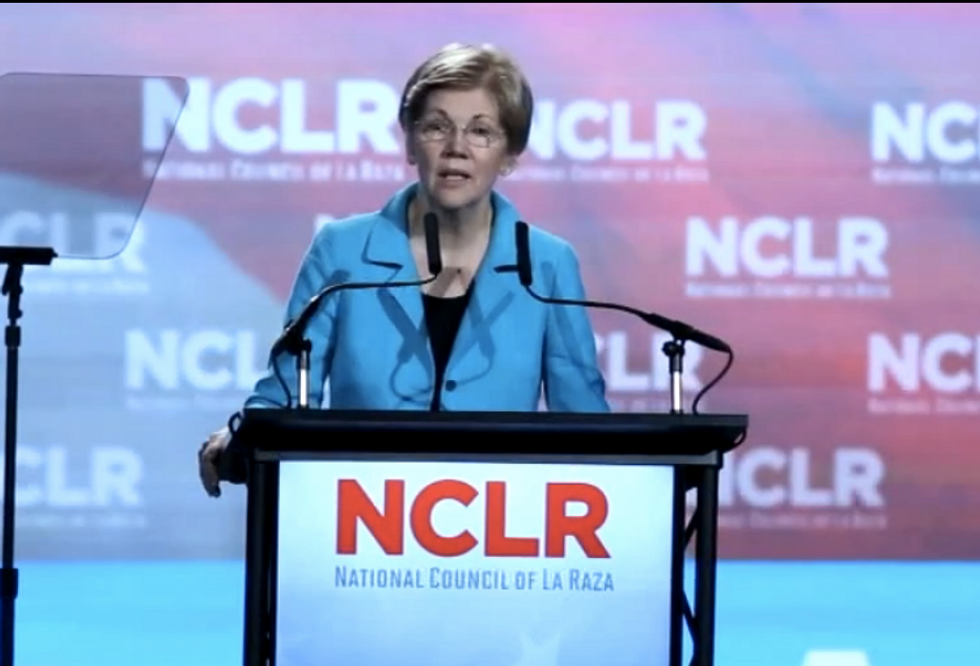 Massachusetts Sen. Elizabeth Warren (D) blistered Donald Trump at an appearance in Orlando, Florida on Saturday, telling the crowd "We will never build Donald Trump's stupid wall" and that the Republican nominee was "born with cash in his fist and hate in his heart."

The Orlando Sentinel said that Warren was addressing the 2016 meeting of Hispanic rights group the National Council of La Raza (NCLR).

"We believe that diversity has made this country strong," she said. "And racism, sexism, homophobia, hatred, injustice and bigotry have no place here."

"We will never build Donald Trump's stupid wall" to keep out Mexican immigrants, she assured the crowd.

"We have spent a long time getting to know Donald Trump," she said of the Republican nominee. "It has felt like a very long time."

"We know who he is. He is a weak, thin-skinned man, a man born with cash in his fist and hate in his heart."

Warren has become the Democrats' main attack dog against Trump, a role she seems to take real pleasure in, goading him both in campaign appearances and on the social medium Twitter.

Pocahontas wanted V.P. slot so badly but wasn't chosen because she has done nothing in the Senate. Also, Crooked Hillary hates her!
— Donald J. Trump (@Donald J. Trump)1469270530.0

I’m right where I want to be, @realDonaldTrump: Calling you out & holding you responsible for your reckless vision for America.
— Elizabeth Warren (@Elizabeth Warren)1469285033.0