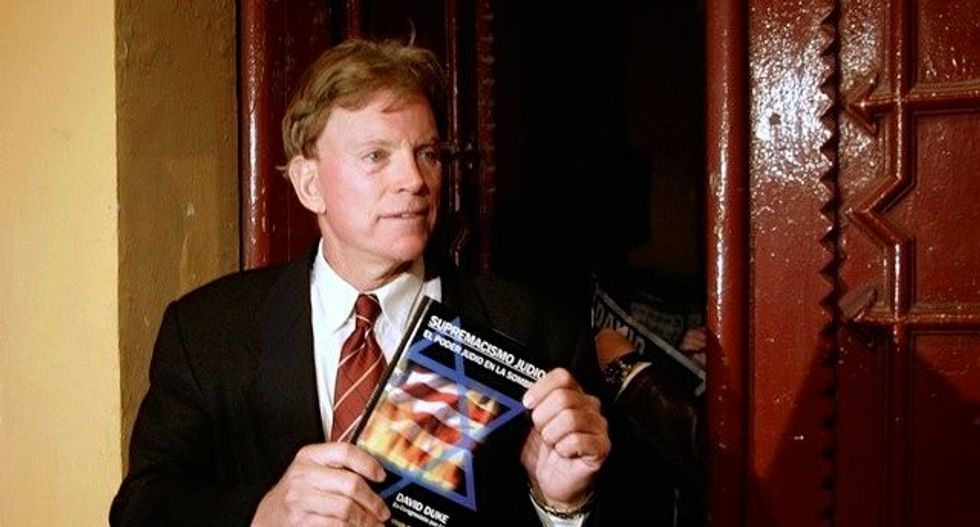 FILE PHOTO -- David Duke, former Republican member of the Louisiana House of Representatives and former Grand Wizard of the Knights of the Ku Klux Klan, speaks to journalists on a street in central Barcelona, November 24, 2007, after the suspension of an initially planned news conference on the Spanish version of his book "Jewish Supremacy" (Supremacismo Judio). REUTERS/Gustau Nacarino/File Photo

Former Ku Klux Klan leader David Duke said on Friday he will run as a candidate for the U.S. Senate from Louisiana, saying he believes in equal rights for all Americans.

"However, what makes me different is that I also respect and demand the respect of rights and heritage of European Americans," Duke said in a video posted on his website.