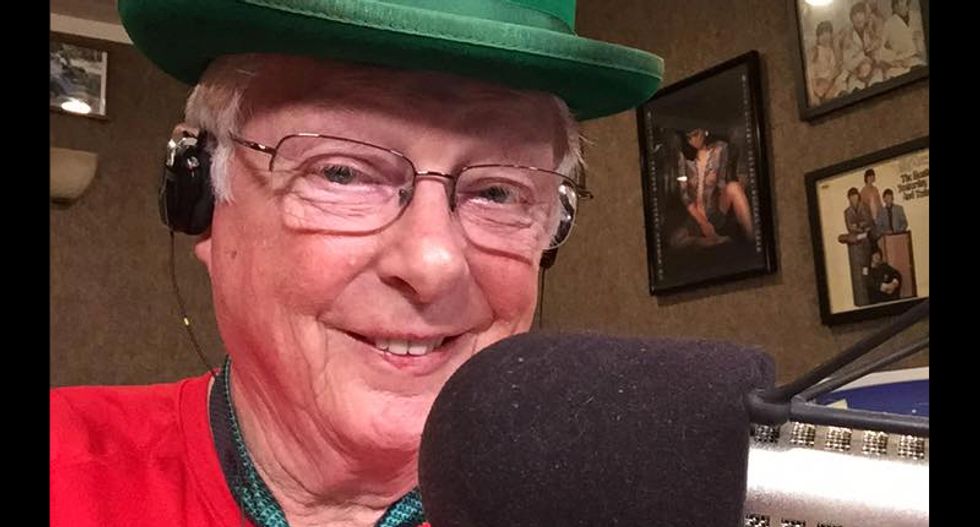 Michelle Obama may have spoken Monday night, but Fox News Radio host John Gibson was so overwhelmed he had to unleash his rage in a blog post this afternoon.

During her speech, Obama addressed the "shame of servitude," referencing the history of American slavery. "I wake up every morning in a house that was built by slaves — and I watch my daughters — two beautiful, intelligent, black young women — playing with their dogs on the White House lawn. And because of Hillary Clinton, my daughters — and all our sons and daughters — now take for granted that a woman can be President of the United States."

Gibson couldn't take it, according to Fusion. “A couple relevant facts," he began. "It was 1792. The land for the District of Columbia was ceded to the federal government by two slave states. Slaves lived in the area and were employed in building much of the capitol. What, then, is the purpose of appropriating the construction of the White House to black slave workers, neglecting to mention other workers?”

Slaves, of course, were never "workers" in the sense that they were paid a living wage, allowed to quit whenever they want, had rights and could go home at the end of a long day. The history of America was built on the forced migration and forced labor of people of color that were enslaved by wealthy whites. To associate it with free white workers diminishes the horror they faced.