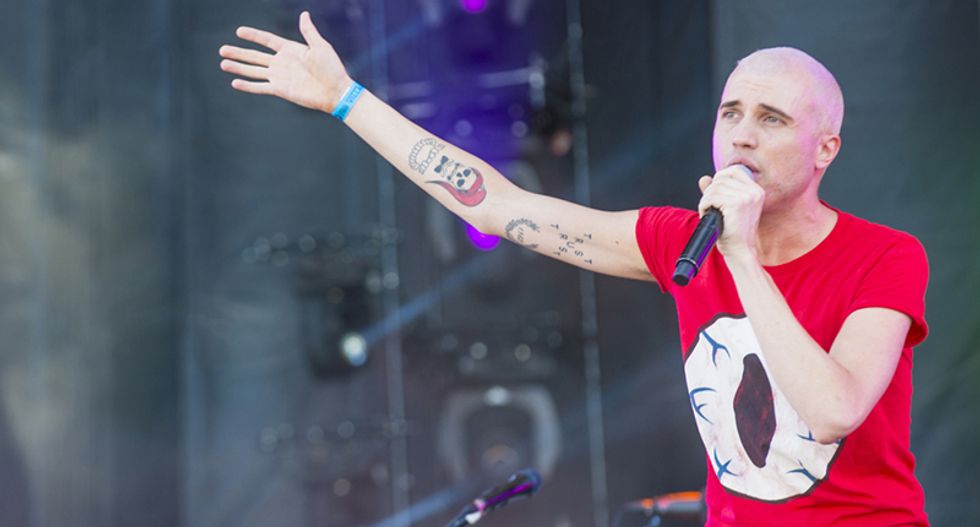 Tyler Glenn of Neon Trees is gay and he also happens to have been raised Mormon, but his latest calling is to encourage a more accepting church.

While Glenn has been a vocal critic against the church's position on LGBT issues and says he no longer believes in Mormonism, Care2 reports he's begging the church to change the way it treats LGBT youth. “How many young people have to die before the Church will act?” he implores.

"Russell Nelson and the leaders of the Church of Jesus Christ of Latter-day Saints, there is blood of your members [on] your hands," he says in a video on Facebook. "Please don’t let this be a summer of more gay suicides. Please make a space for your gay members. Please tell them they are OK and they’re made in the image of God and they’re not flawed. Please stop telling them that they are abnormal. Please, please, please, how many more? How many more?"

Glenn is talking about two teen suicides that occurred in the same week: Stockton "Bubba" Powers and "Wyatt." Youth suicide has tripled in Utah from 2007 to 2014 and Glenn is demanding that Utah take the issue seriously.

"I want you to say their names and remember their photos," he said.

"Dear Russell Nelson, you spearheaded this policy in November, and you and your colleagues claim to speak directly to and for God. As his mouthpieces on this Earth today, you have yet to respond to the confusion, chaos and disruption that you have caused so many current and former members of your church, both queer and straight alike," Glenn said.

"You've had months and a public conference satellite-broadcast to the world in April, and you’ve yet to give light to the actual darkness that so many of your members are living in currently," he explained, mentioned he has served a mission for a "flawed" church that has "no space for me."

“There is either no God, or God isn’t speaking to you," Glenn slams. "Maybe it’s both, but you have a responsibility to speak to us."

While the church has said publicly that it wants to seem more tolerant of LGBT people, the Church still supported anti-LGBT policies in other countries and threatened to leave the Boy Scouts over LGBT issues. They also banished the children of same-sex couples from entering the church.

Utah boasts 60 percent of its population that identifies as Mormon and despite a declaration that pornography was a public health crisis, legislators aren't sure what is causing their youth suicide rate to triple.