George Will: Trump won't release tax returns because they show his ties to Russian oligarchs 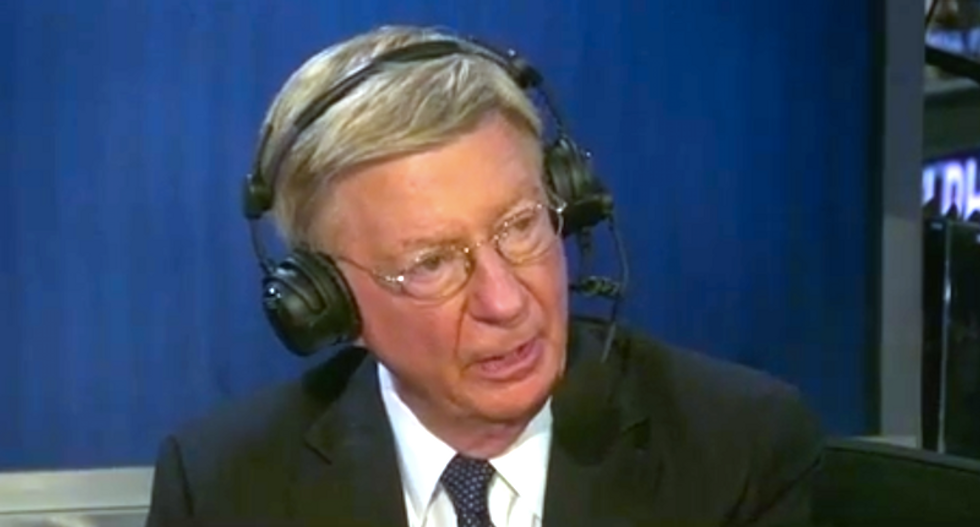 George Will believes Donald Trump won't release his tax returns because they may show how deeply he's involved with Russian oligarchs.

The Fox News contributor and conservative columnist, who left the Republican Party last month because he couldn't support Trump, said Monday night that he believes the GOP's nominee may have improper relationships with foreign investors, reported The Hill.

Russian agents are accused of hacking into the Democratic National Committee's email servers and sharing private data, possibly to help Trump win the November election, which has underscored concerns about his campaign's ties to the former Soviet Union.

Fox News anchor Bret Baier asked Will about those concerns, although he pointed out that even Democratic lawmakers have not drawn a direct link between Trump and Russia.

"Well, it's the sort of thing we might learn if we saw the candidates' tax returns," Will said. "Perhaps one more reason why we're not seeing his tax returns, because he is deeply involved in dealing with Russia oligarchs and others. Whether that's good, bad or indifferent, it's probably the reasonable surmise."