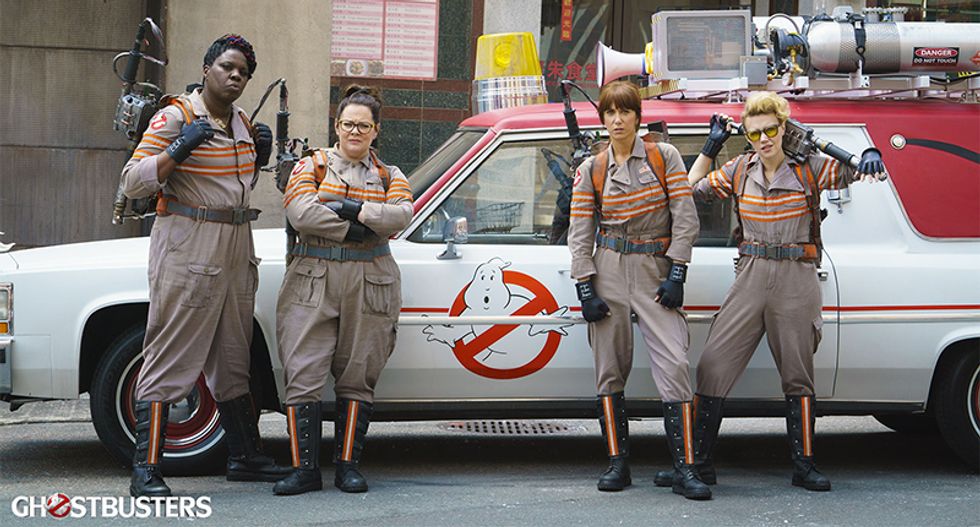 Ghostbusters star and cast member of Saturday Night Live Leslie Jones was filled with "with tears and a very sad heart" after racists on Twitter forced her to leave the social media site.

Jones said that she has been called an "ape" as well as facing other racist harassment and she "even got a pic with semen on my face."

The comments she called "evil" flowed in every few minutes and she tried to block them as best she could.

"I feel like I'm in a personal hell. I didn't do anything to deserve this. It's just too much. It shouldn't be like this. So hurt right now," she tweeted before she deleted her account.

"I use[d] to wonder why some celebs don't have Twitter accts now I know. You can't be nice and communicate with fans cause people crazy," she also tweeted.

In the end, Jones explained that she's all for the freedom to troll but that many of them have serious issues. "Twitter, I understand you got free speech I get it. But there has to be some guidelines when you let spread like that. You can see on the...Profiles that some of these people are crazy sick. It's not enough to freeze Acct. They should be reported," she explained in two tweets.

When she signed off late Monday night she said goodbye reluctantly. "I leave Twitter tonight with tears and a very sad heart.All this cause I did a movie.You can hate the movie but the sh*t I got today...wrong."

Milo Yiannopoulos of Breitbart, who has been trying to create a career as a professional troll by sensationalizing hate, was suspended from Twitter last month, but he is back just in time to troll Jones. "If at first you don't succeed (because your work is terrible), play the victim," he tweeted. "It's not racist to point out that a movie fUcking sucks."

Ghostbusters scored $46 million at the box office this weekend behind "The Secret Life of Pets," but opened largely to positive reviews, sans Yiannopoulos.

Yiannopoulos explained to Breitbart, "Honestly, this is why I say feminism is cancer. She used to be funny but being involved in a social justice dumpster fire like Ghostbusters has reduced her to the status of just another frothing loon on Twitter."

Here's a sample of the tweets:

Ghostbusters director Paul Feig tweeted support for Jones saying, "Leslie Jones is one of the greatest people I know. Any personal attacks against her are attacks against us all. #LoveForLeslieJ."

However, a Twitter spokesman told the Daily Mail, "This type of abusive behaviour is not permitted on Twitter, and we've taken action on many of the accounts reported to us by both Leslie and others. We rely on people to report this type of behaviour to us but we are continuing to invest heavily in improving our tools and enforcement systems to prevent this kind of abuse. We realise we still have a lot of work in front of us before Twitter is where it should be on how we handle these issues."