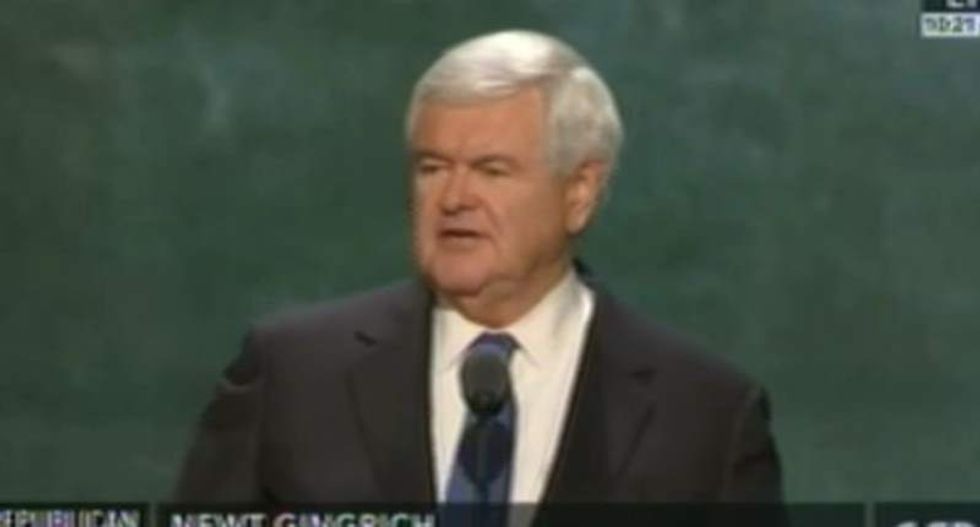 The magazine posted a picture of the teleprompter during Gingrich's appearance following Cruz. The monitor contains the line, "Senator Ted Cruz in particular made the key point that we need to elect the Trump-Pence Republican ticket," as seen below.

But the Tea Party lawmaker failed to endorse Trump, or even mention him by name more than once, prompting boos from the audience and an angry reaction online.

Instead, Gingrich said, "To paraphrase Ted Cruz, if you want to protect the Constitution of the United States, the only possible candidate this fall is the Trump-Pence Republican ticket."

According to Talking Points Memo, the remarks were not part of the prepared statements sent to the press by convention officials.

Watch footage from Gingrich's speech, as posted online, below.