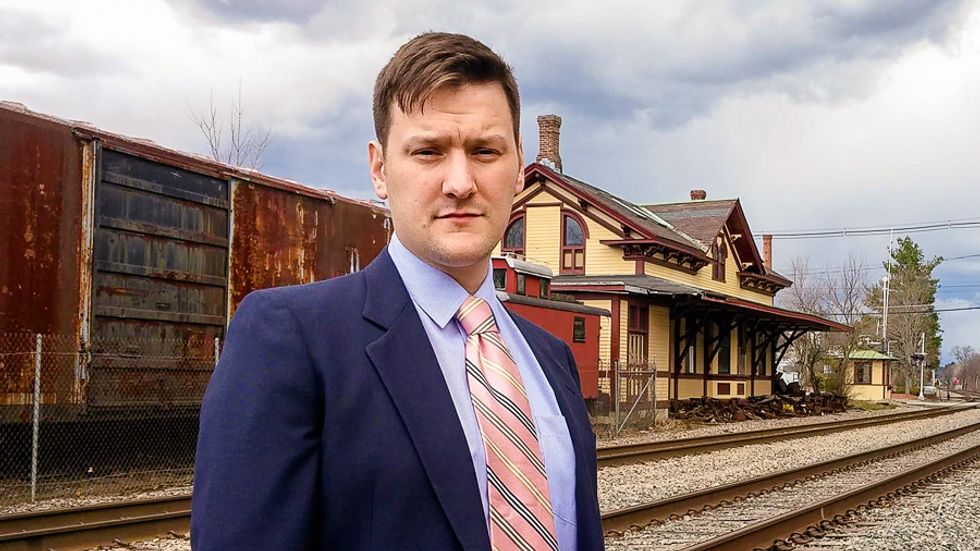 A Republican candidate for Massachusetts state Senate came under fire over the Fourth of July holiday after he praised presumptive GOP nominee Donald Trump for "putting self-righteous faggots in their place."

MSNBC's All In With Chris Hayes pointed out during a broadcast last week that Trump had complained to the Native American affairs subcommittee in 1993 that some reservations did not deserve to receive gaming licenses because "they don't look like Indians to me."

Ted Busiek, who is running for Massachusetts Senate, responded on Saturday by lauding Trump's remarks.

"DONALD TRUMP. Putting self-righteous faggots in their place since 1993. How I love this fellow," he wrote.

Busiek later insisted to State House News Service that he did not use the word "faggot" in a "hateful sense." The candidate said that term was used to show that the congressman questioning Trump was "obnoxious" and "kind of being a jerk."

"It's hard for me to get exercised over naughty words," he explained. "You can insult somebody without being hateful."

Busiek, who opposes same-sex marriage and adoption rights, said that he was standing up for "anybody who works for a living," especially those who had "oppressor status" for being white, male and wealthy.

"When a candidate for office uses such hateful rhetoric it's important to stand up to it and not be silent," Eldridge said. "This is about the fact that in civil society you don't use hateful rhetoric directed at anyone."