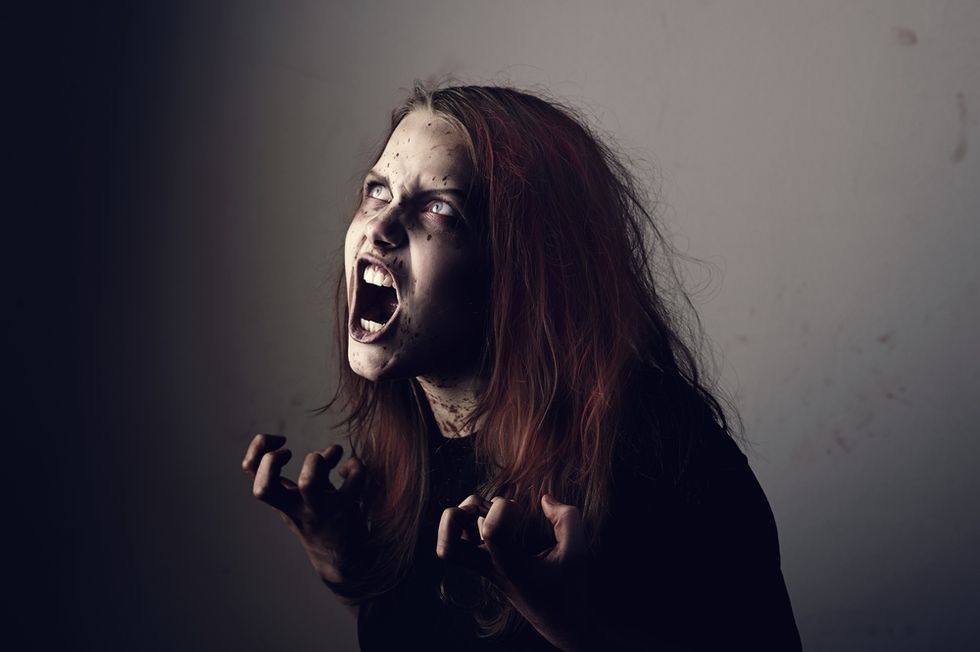 Is demonic possession a real thing?

The vast majority of psychologists and scientists out there will tell you that it isn't. Nonetheless, The Washington Post has published an article by a Catholic psychiatrist named Richard Gallagher who says that there really are demonic possessions in the world, even though he concedes that most reported "possessions" are people suffering from more earthly mental illness.

So what separates your garden variety case of schizophrenia from full-blown demonic possession? Here are four key symptoms that Gallagher says are common in possession cases he's encountered that can't be explained by science:

1.) A person can suddenly speak in foreign languages they've never learned. Gallagher says he's encountered possessed people who can all of a sudden speak in perfect Latin, despite the fact that they've never taken a class in their lives.

2.) A person develops superior strength and, in rare cases, might have powers of levitation. Gallagher admits that he hasn't seen levitation personally, but he does say that "half a dozen people I work with vow that they’ve seen it in the course of their exorcisms."

3.) A person starts saying unusually venomous things about religion. Sure, lots of people dislike religion -- but the sort of thing we're talking about here is like that scene in The Exorcist where Linda Blair stabbed herself repeatedly in the crotch with a crucifix. Even the most diehard atheists usually aren't that antagonistic toward religion.

4.) A person has detailed knowledge about strangers' histories and their most shameful secrets. Gallagher says that, among other things, possessed people may know "how a stranger’s loved ones died, what secret sins she has committed, even where people are at a given moment." Speaking personally, Gallagher says that a possessed girl once somehow knew about his "mother and her fatal case of ovarian cancer."

Whether this convinces you that demonic possession is a real thing is entirely up to you. That said, if your child starts speaking in ancient Aramaic and mentally tormenting your friends by revealing their most shameful secrets to the world, calling a priest about it might not be the worst idea.