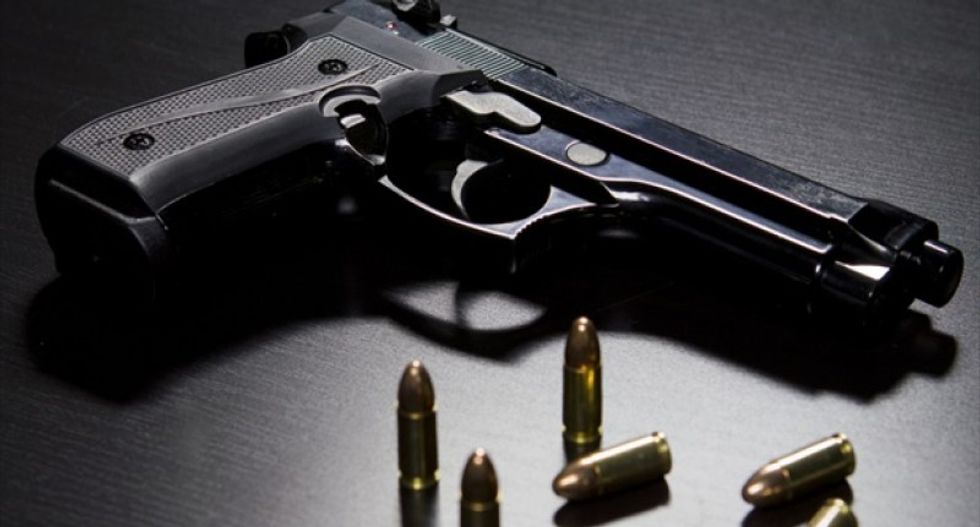 Two Houston police officers fatally shot an African-American man who pointed a gun at them despite their commands that he lower his weapon, authorities said on Saturday, two days after five Dallas policemen were slain by a black military veteran.

The two Houston officers, both Hispanic, encountered a man standing in the middle of a street with a revolver around 12:40 a.m. while on a routine patrol, police spokeswoman Jodi Silva said.

The officers exited their patrol vehicle to speak to the man, who initially had the firearm pointed to the sky. The officers ordered him to lower the weapon, Silva said.

"He instead deliberately and slowly lowers his arm and allows it to come to a stop at his waist," Silva said. "Now the gun is pointed directly at officers."

Fearing for their safety and for nearby witnesses, both officers discharged their weapons, striking the man, she said. The man's motive remains unknown.

The suspect, who did not fire his gun, died at the scene. His identity was not immediately released.

The incident unfolded after police came under fire in at least three states on Thursday and Friday, as protests over police use of force against black people escalated around the country.

A police officer in Ballwin, Missouri, remained in critical condition on Saturday, a day after he was shot during a traffic stop, St. Louis County Police said on Twitter.

In Georgia, an officer was ambushed and shot on Friday, and in Tennessee a man grazed a police officer with a bullet on Thursday when he opened fire on a hotel and a highway, killing a woman and wounded several others.

Authorities were not sure what prompted the shootings. In the Dallas rampage on Thursday, a black U.S. military veteran who opened fire at a protest said he wanted to "kill white people," killing five police officers and wounding seven others plus two civilians. The protest was organized to decry police shootings of black men in Louisiana and Minnesota earlier this week.

In Houston, the officers were placed on administrative duty for three days, following standard procedure, Silva said. Both have a decade or longer of experience with Houston police.

She said the department will investigate the incident, which will also be probed by a local district attorney.