Jon Stewart says Donald Trump 'vomited on everybody for an hour' 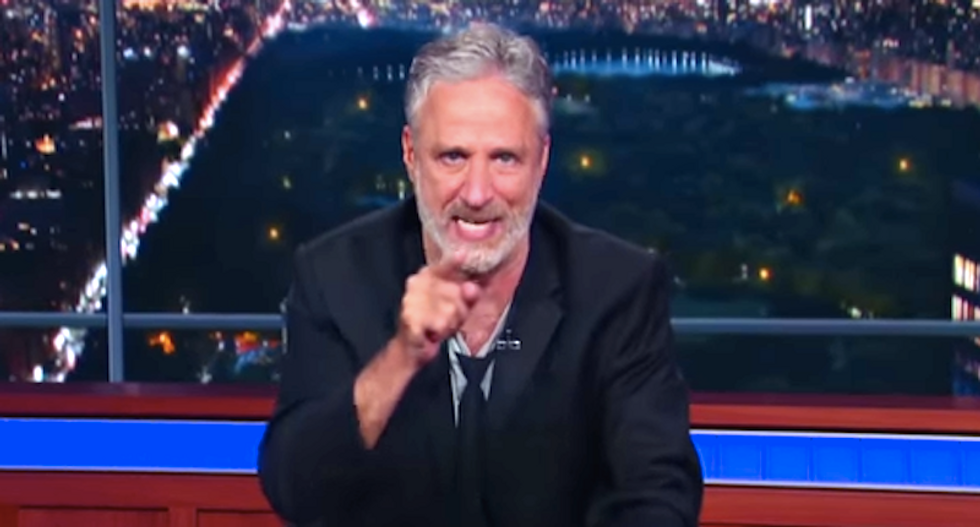 Jon Stewart has been one of the highlights of Stephen Colbert's live, post-Republican National Convention editions of "The Late Show" this week. On Monday, he reunited with his old Comedy Central and "Daily Show" friend to bring Colbert's "Colbert Report" alter ego back for a brief stay. And during the early hours of Friday morning, after…