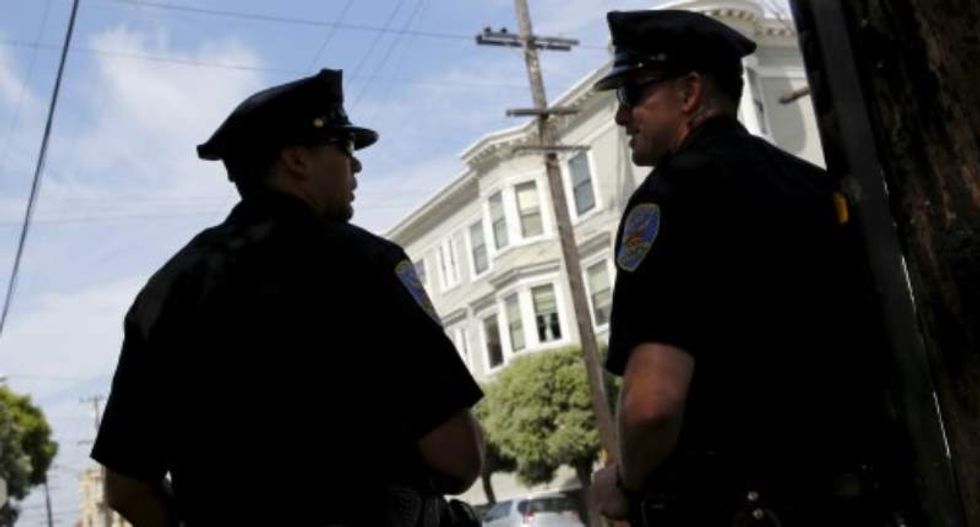 Three former judges examining accusations of racial bias by police in San Francisco said in a report released on Monday that black and Hispanic people were more likely to be searched without their consent by officers than whites and Asians.

"The panel found indications of institutionalized bias and institutional weaknesses in the department," Anand Subramanian, executive director of the Blue Ribbon Panel on Transparency, Accountability, and Fairness in Law Enforcement, said at a news conference.

San Francisco Police said in a statement after the report was released that they appreciated the panel's efforts and would review the findings before turning over their analysis to Justice Department.

The panel said in a 240-page report that blacks and Hispanics were more likely to be searched after traffic stops than whites or Asians yet less likely to be carrying contraband.

According to the report, of all non-consensual searches after traffic stops, 42 percent in 2015 involved black motorists. The U.S. Census showed that in 2015, blacks made up less than 6 percent of the city's population of 865,000.

Asians made up more than a third of the population, but were searched without their consent fewer than 10 percent of the time, according to the report.

The report recommended that San Francisco's police department should improve its training on implicit bias, procedural justice and racial profiling, and called for stronger oversight.

"We're sitting on a tinderbox and Gascón is lighting a match," association president Martin Halloran said in a statement.

San Francisco's police department has been roiled by protests since December after the videotaped fatal police shooting of a black man.

The death of Mario Woods, 26, prompted a U.S. Department of Justice review of the police department.