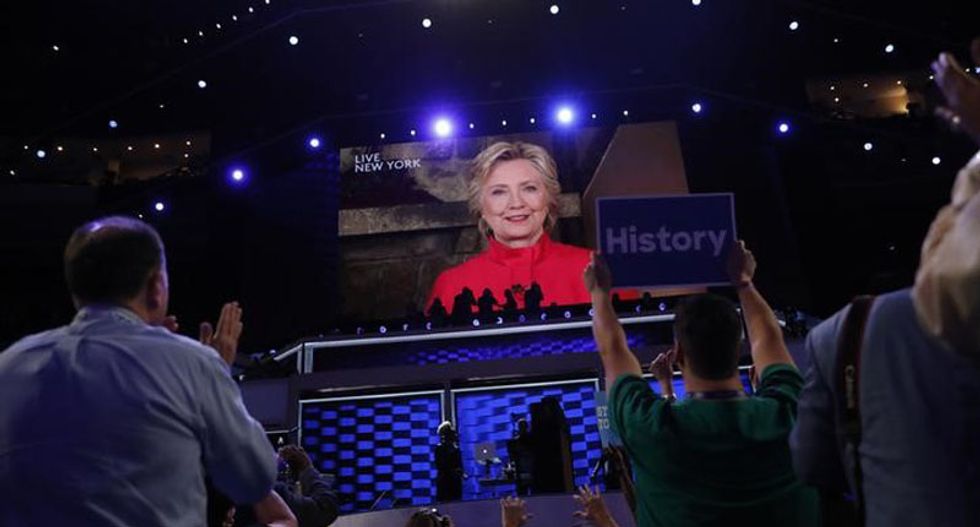 When Hillary Clinton first ran for president in 2008 she was badly stung by a backhanded compliment from rival Barack Obama, who called her "likable enough" before going on to win the Democratic nomination and the White House.

Eight years later, with her party's nomination to succeed Obama firmly in hand, the question of her likability, trustworthiness and honesty still hangs over her bid to become America's first woman president, this time in a Nov. 8 election against Republican Donald Trump.

The Democratic National Convention in Philadelphia this week is, in part, an effort to reintroduce her to American voters, more than half of whom view her unfavorably, according to Reuters/Ipsos polling.

The criticisms have dogged her for years: She can appear stiff in front of crowds, struggling to show off the compassion her supporters say she shares in private and leaving some voters with the impression she is not giving straight answers to tough questions.

"She knows that she has work to do to earn people's trust," said Jennifer Palmieri, Clinton's communications director. "She also realizes there aren't some magic words you can say to earn that trust overnight."

Speaker after speaker at the convention took the stage on Monday and Tuesday to offer testimonials on her behalf, including her husband, former President Bill Clinton, who filled his prime-time speech on Tuesday with anecdotes and private moments shared by America's best-known political couple.

Gay basketball player Jason Collins told of the support she offered when he went public with his homosexuality; a grandmother described how her daughter's battle with drug addiction inspired Clinton to address the drug crisis.

A parade of others offered behind-the-scenes glimpses of the former first lady, U.S. senator and secretary of state, describing how she drove through a blizzard to attend a funeral, planned birthday parties and visited survivors of the Sept. 11, 2001, attacks.

Clinton's personal image, which has fluctuated during her 25 years in the public eye, slumped after a divisive Democratic primary, a lingering controversy over her use of a private email system while serving as the top U.S. diplomat, and repeated Republican attacks on "crooked Hillary."

Many Americans think both candidates struggle with the truth. Some 59 percent of Americans believe she is not “honest and truthful,” while 53 percent think the same of Trump, according to the poll.

Republican strategist John Feehery said it was too late to rehabilitate Clinton's image. "You only get one decade to make a first impression," he said.

Instead, a better strategy would be to focus on tearing down Trump, given that his negatives surpass her own, Feehery added.

Clinton's campaign appears to be trying just that, running an ad in which Trump can be seen in newsclips, as children watch, swearing, condemning Mexican immigrants as rapists and drug dealers, and mocking a disabled journalist.

Clinton, 68, has been a lightning rod for conservative attacks for more than two decades and Republicans serenaded speakers at their convention in Cleveland last week with chants of "Lock Her Up" and signs touting "Hillary for Prison."

For many Democrats who back Clinton, the poor polling numbers are the result of those relentless attacks - along with a strong dose of sexism toward a woman seeking power.

For Democrats, this week affords perhaps their best chance before the election to fortify her against inevitable attacks by Trump that could further dent her image. Praise came from invitees ranging from party superstars (First Lady Michelle Obama) to unknowns (former White House interns).

In one video broadcast to delegates, Clinton embraces and comforts an 11-year-old girl who fears her parents will be deported. In another, shown before the appearance of the Mothers of the Movement - mothers who lost children to gun violence or in police-involved incidents - she encourages them in a private meeting to band together and speak out.

"A 30-minute meeting turned into two hours because she listened to us. Nobody else listened to us," said Sybrina Fulton, mother of Trayvon Martin, a 17-year-old whose fatal shooting death by a neighborhood watch volunteer in 2012 launched a series of protests around the country.

Actress Eva Longoria said it was time for Democrats to rally to Clinton's defense.

"She's had a 25-year smear campaign run against her. It's understandable Americans are confused about what is true and what is not," she told a women's delegate caucus on Tuesday.