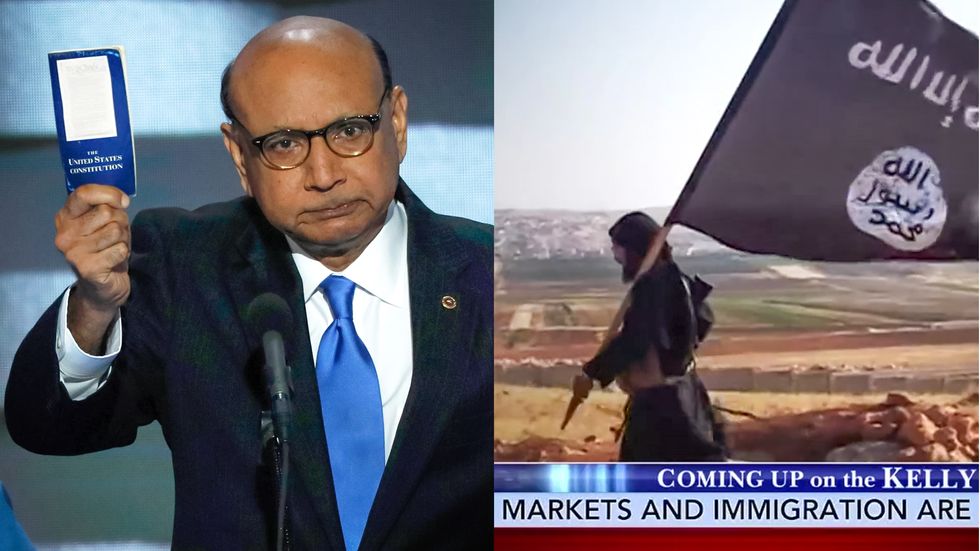 Fox News host Megyn Kelly ignored a Muslim father speaking at the Democratic National Convention whose son was killed fighting for the U.S. and instead aired photos of ISIS fighters and commercials attacking Hillary Clinton over the terrorist attacks in Benghazi.

Speaking at the DNC on Thursday, Khizr Khan explained that his son was killed by a car bomb fighting in Iraq for the U.S. Armed Forces in 2004. Kahn also held up a copy of the U.S. Constitution and challenged GOP nominee Donald Trump to read it.

But viewers of Fox News only briefly saw Khan in a split screen without audio as Brit Hume and Kelly discussed Trump. Kelly then cut to a commercial blaming Hillary for the attacks in Benghazi while Kahn was visible in a split screen. After returning from commercial, viewers saw images of ISIS and a segment warning about the Islamic state.

As Media Matters noted, Kelly did find time at the end of her program to air several minutes of Katy Perry performing at the convention.