New York Rep. Cowley rips Trump: After 9/11 ‘he didn't fight for the first responders — he cashed in' 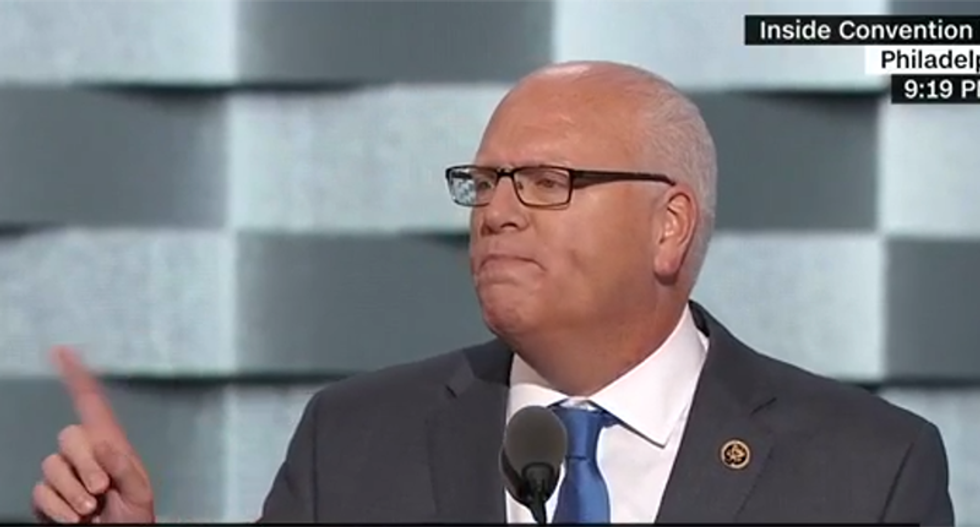 Rep. Joseph Crowley just crushed Donald Trump in a profound speech about the days, weeks and indeed the years that followed the 9/11 attacks. While Trump liked to point fingers at what others did wrong and talk about hundreds that protested in the streets of New Jersey, others were helping those who needed it most.

While others, Republican and Democrat, showed up, helped, brought food and support and fought for the first responders who suffered tremendous health problems, Donald Trump did little. According to Crowley, "he cashed in."

"People forget, but the assistance package that was first proposed didn't have a dime for New York," Crowley said. "Hillary helped turn that around — securing $20 billion we needed to get New York going again. But, she didn't stop there. Hundreds worked on the Pile in the days after 9/11. They came first to find survivors, but eventually searched for remains."

Crowley said that those that were down there trying to help didn't care about their own health. "They were told the air was fine. But, it wasn't. And when health issues emerged years later, Hillary Clinton was still by their side."

Clinton brought families and first responders to Washington to go door to door and lobby for those that needed help the most.

"But let me ask you something. Where was Donald Trump in the days, and months, and years after 9/11?" Crowley asked. "He didn't stand at the Pile. He didn't lobby Congress for help. He didn't fight for the first responders. Nope. He cashed in. Collecting $150,000 in federal funds intended to help small businesses recover — even though days after the attack Trump said his properties were not affected."

Cowley said that Hillary sought these funds to help local businesses get back to work. "Donald Trump sought a payday for his empire. It was one of our nation's darkest days, but to Trump, it was just another chance to make a quick buck. Hillary has never and will never forget the reality of that day. And that's why she will never give up on making us a better and stronger nation."