NH lawmaker and Trump adviser: 'Hillary Clinton should be put in the firing line and shot' 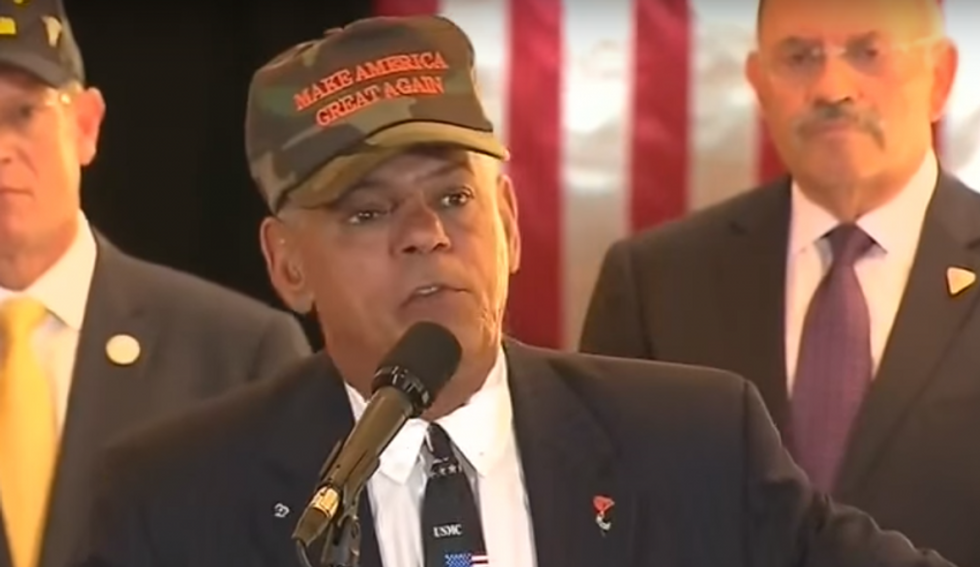 In case you haven't noticed, this year's Republican National Convention has started to resemble Lord of the Flies when it comes to the bloodlust being unleashed against Hillary Clinton.

Buzzfeed notices that New Hampshire State Rep. Al Baldasaro, who also serves as official adviser to Trump on veterans' affairs, has managed to turn hatred for Hillary Clinton up to a whole new level by calling for her to be executed for treason.

"Hillary Clinton to me is the Jane Fonda of the Vietnam," Baldasaro told the Jeff Kuhner Show on Tuesday evening. "She is a disgrace for the lies that she told those mothers about their children that got killed over there in Benghazi. She dropped the ball on over 400 emails requesting back up security. Something’s wrong there."

At this point it should be noted that even Republican congressional investigators found no evidence that Clinton or anyone in the U.S. government issued a "stand down" order that ignored pleas from help from personnel at the facility.

At any rate, these facts clearly don't matter to Baldasaro, who thinks Hillary's purported Benghazi transgressions deserve the ultimate punishment.

"This whole thing disgusts me, Hillary Clinton should be put in the firing line and shot for treason," he said.

Listen to the clip yourself below.