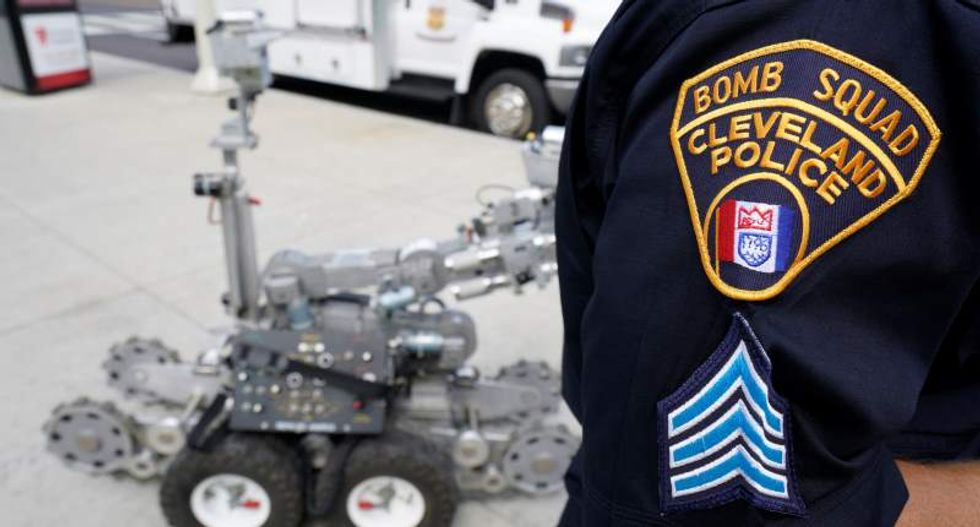 Cleveland on Friday set up concrete traffic dividers and tall metal fences around next week's Republican National Convention site, propelled by a new urgency after an attacker drove his truck into a holiday crowd in France, killing more than 80 people.

Security experts said police, the U.S. Secret Service and other law enforcement agencies have viewed vehicles as a potential threat since early in their 18 months of planning for the convention where Donald Trump is due to be formally nominated for the Nov. 8 U.S. presidential election.

Much of the focus has been on stopping a car or truck bomb like those that struck New York's World Trade Center in 1993 and an Oklahoma City federal office building in 1995.

"A vehicle-borne attack is always something you're concerned about," said Jason Porter, vice president for the central region of security provider Pinkerton, which is advising private sector clients on security around the convention.

Officials in Cleveland did not respond when asked whether Thursday night's attack in the French city of Nice had altered their security plans. The driver, shot dead by police, was known to police for petty crimes but not for ties to Islamist militants.

Thousands of people, including protesters against Trump, are expected to pack into Cleveland for the July 18-21 convention.

A memorial to slain police officers was cordoned off, an apparent reaction to protests against high-profile killings of black men and youth by police in U.S. cities including St. Paul, Minnesota, Baltimore, New York and Cleveland.

After last week's killing of five police officers in Dallas by an African American angry about police killings of black men, nearly half of America's 30 biggest cities issued directives to pair up police officers on calls to boost safety, according to a Reuters survey of police departments.

T.J. Dow, a Cleveland city councilman for the neighborhood expected to see the bulk of protests, said the security plan was designed to be flexible.

Dorothy Strauss, a 68-year-old retired customer service representative, acknowledged her fears in the face of the France attack while watching her granddaughters play in a sprinkler near the convention site.

Were she a delegate, she would attend, Strauss said. "On the flip side, I wouldn't come down here and hang out with my two granddaughters during the RNC."