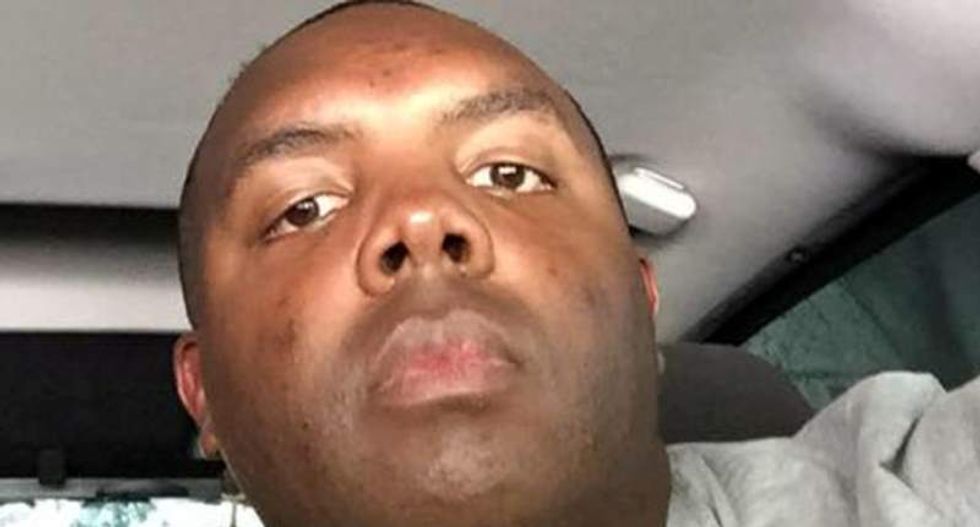 Baton Rouge police officer Montrell Jackson, who was killed in a shooting attack on July 17, 2016, is seen in a photograph from his social media account. (Montrell Jackson/Facebook via Reuters)

The six Louisiana police officers killed or wounded in an ambush attack on Sunday morning ranged from a newcomer to the city police force to veteran officers, officials said, in the latest mass shooting to rock a U.S. city.

Three officers died and another was fighting for his life after the attack by Gavin Long of Kansas City, Missouri, who opened fire on them while many in the Louisiana state capital of Baton Rouge were headed to church on Sunday morning.

Two city police officers, a 32-year-old with 10 years of service and a 41-year-old with just under a year on the force, died in the attack, said Baton Rouge Police Chief Carl Dabadie Jr. Also among the dead was an East Baron Rouge Parish sheriff's deputy, who was 45, said Sheriff Sid Gautreaux.

Authorities did not immediately release the names of the dead and wounded, but relatives and a man who said he was a former partner of one of the slain officers posted on Facebook and Twitter that he was Baton Rouge Police officer Montrell Jackson.

“Rest in Peace to my former partner and one of the best cops I've ever known... His name was Montrell Jackson!” Facebook user Marcus Tillman said in a post, which received more than 8,000 likes and 6,000 shares by midday Sunday. "He was a black life that apparently didn't matter to the one that took it!”

The Facebook page shows several pictures of a baby boy, and comments suggested that the child was Jackson's son.

"Cuz, this is you all over again," commenter Catina Williams Alexander wrote beneath the photo of the child. The Facebook page also includes a picture of a police badge, posted in 2015.

In addition to the officers who died, a 41-year-old sheriff's deputy was in critical condition, "fighting for his life as we speak," said Gautreaux.