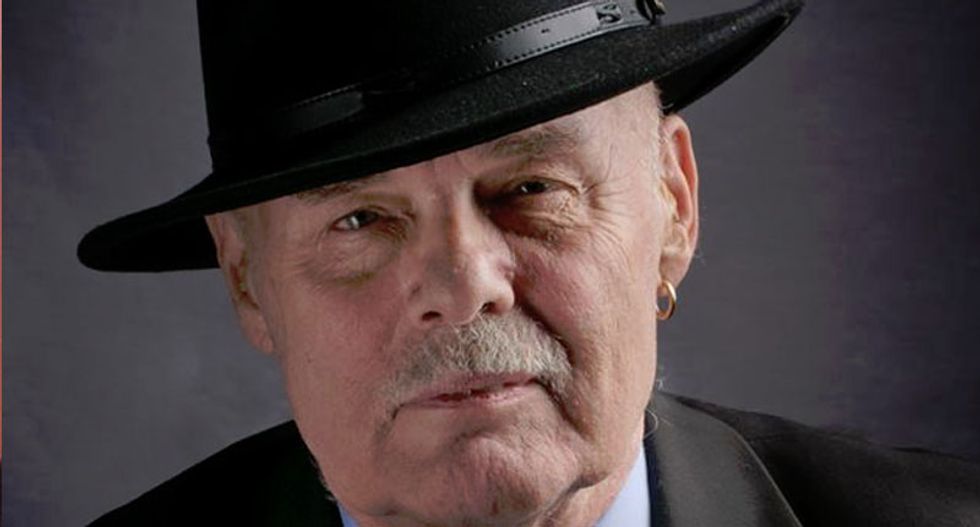 A Republican candidate for the Oregon legislature and member of the Mt. Hood Community College board is under fire after posting on Facebook an image of President Obama's face superimposed over Saddam Hussein's body at the moment of the dictator's hanging. George "Sonny" Yellott has rejected calls for his resignation from the board, and insists that he will stay in the legislative race.

"Will I resign? No! I haven't done anything wrong," Yellott told KOIN-6 reporter Lisa Balick. Balick was following up on Oregon Republican leaders who want him to withdraw from the House race in the 48th District.

"George Yellott's Facebook post is absolutely abhorrent," the Oregonian quoted Preston Mann, a spokesperson for Oregon House Republicans. "He should immediately remove the post, withdraw from running for office, and apologize to Oregonians for posting something so blatantly offensive and disgusting." Mann also denied that the House Republican action committee had any affiliation with Yellott.

On Tuesday night, members of the Mt. Hood Community College board attempted to force Yellott to resign; he refused.

Yellott told Balick that he did not put the meme on his Facebook page, nor did he know who had posted it.  While the board members at the college cited the Facebook page post in their discussion, they were responding to a formal complaint made against Yellott for comments he had made at a previous board meeting. At that meeting, the board was debating a bond measure to raise money for the college. Yellott was recorded as saying during the debate, "Illegal immigration is driving everything out of sight. The only reason for all of this is because of all these people who are coming in here."

Yellott was asked to meet with the board in executive session to discuss the comments. The board had already issued a public statement distancing themselves from what Yellott had said, saying that individual board members did not represent the views of the board as a whole. Yellott said he thought that board members were being "pretty one-sided about it" in their decision to meet with him.

During the meeting, Yellott refused to resign. The board cannot remove him. Yellott was elected to a four-year term in 2013. He ran unopposed for the seat.

It is not clear why it was the Obama-hanging meme that set the controversy off. Yellott's Facebook page is full of posts that are racist, sexist, or homophobic. The Obama-hanging meme has been removed from the page, but one of the first posts is a meme that declares, "Wasn't Obama going to fix everything? That SOB couldn't fix a sandwich!"

Another post on his page is a link to a petition started by Trey Gowdy for the arrest and impeachment of President Obama, and there are also links to petitions that feature Ammon Bundy and calls for the abolishing of the Bureau of Land Management. He has also posted memes that claim that America doesn't have a gun problem, but rather, a culture problem, which features the faces of many people of color.

His page also features a tribute video to Robert Lavoy Finicum, who died in the standoff with federal officials during the Oregon Wildlife Sanctuary takeover by antigovernment white supremacists, images of young black women standing on the American flag with the slogan, "Cancel the welfare checks of anyone who disrespects the American flag," and a post that amplifies Donald Trump's charge that he can't get a fair hearing in the Trump University lawsuit because the judge is a member of "La Raza."

There are images of President Obama being kicked into the sky by a bear and others that call him a national disgrace. There are also posts about transgender persons being sociopaths. In another post, a revisionist piece of history claims that African American slaves were "worth" more than Irish people, and so were treated better than the Irish when they came to America.

The Oregonian quoted Yellott's Democratic opponent, incumbent Rep. Jeff Reardon, who responded to Yellott's latest controversy. "It's just sad that he's gotten into a position to even be heard at all. This really makes me sad and upset." The paper notes that Reardon has defeated Yellott in 2012 and 2014 for the legislative seat.

Watch video below, courtesy of KOIN-6 (Portland, OR)