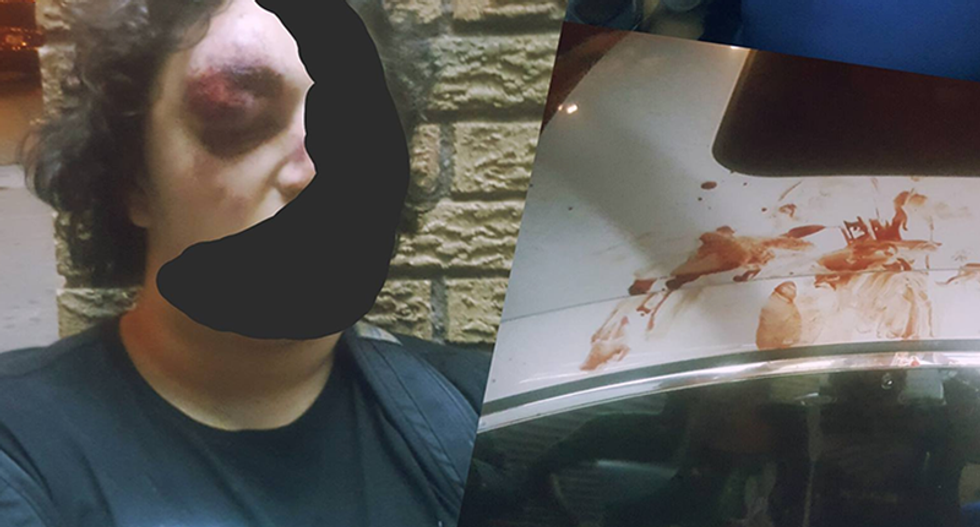 After two Muslim teens were beaten outside of a mosque Sunday morning, it was discovered that the mosque had repeatedly requested that police increase protections around the building.

According to a BuzzFeed News report, mosque director Mohamed Bahe begged police for extra protection of the mosque but those requests went unanswered. When he contacted police he cited many of the anti-Muslim incidents in the country.

Bahe said the man screamed, “You f*cking terrorists,” while beating them outside the Muslim Community Center of Brooklyn in Sunset Park.

Despite the utterance, a police spokesperson confirmed the incident was being classified as a “non-bias incident.”

“The hate crimes unit did interview both victims, who said the suspect didn’t say anything anti-Muslim to them,” he added.

Bahe called the classification “a blatant cover-up,” saying that police only spoke with the first injured man who was severely beaten.

Captain Emmanuel Gonzalez of NYPD’s 72nd precinct did visit the mosque on Sunday after the incident to formally apologize for not sending any units to their mosque during Ramadan. He assured Bahe that the department is taking the incident seriously.