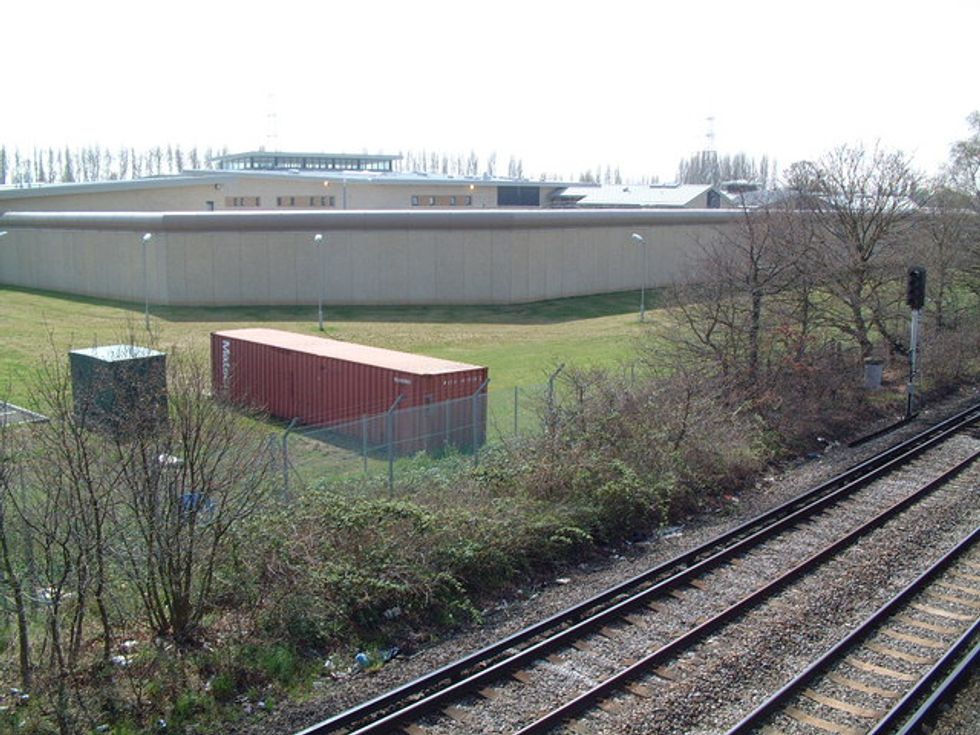 An inmate at a private prison in England died after apparently overdosing on prescription drugs after trying to alert prison authorities for more than two hours.

On Friday, The Guardian reported that Natasha Chin, a 41-year-old inmate at the Bronzefield female prison in Surrey, England, was found dead in her cell earlier this week after prison staff said she had been ringing her alarm bell for two and a half hours.

Prison staff at Bronzefield, which is run by the multinational food corporation Sodexo attempted CPR, but pronounced Chin dead at 10:40 p.m. Tuesday.  The Guardian notes that Chin was recovering from surgery, and was taking the prescription medication to help her recuperate. The inmate was apparently released from prison in April, but was apparently recalled to Bronzefield three days before her death.

There has been a recent increase in the amount of self-harm incidents involving female prisoners in the UK, The Guardian wrote:

According to figures from the the UK’s Ministry of Justice, Bronzefield is the most expensive private female prison in England and Wales, with the with the ministry paying Sodexo £64,445 [$84,433] per inmate per year.

Deborah Coles, the co-director of the UK-based charity Inquest, which provides support to the loved ones of prisoners who die in custody, told The Guardian that "Bronzefield is a private prison, being paid vast amounts of public money." She said that the new head of the Ministry of Justice should visit Bronzefield "and ask questions as to why they are seemingly incapable of keeping women safe."

But private prisons are still a booming industry in the US, having profited off of mass incarceration rates due to the Drug War, as Raw Story reported in April.

The demonization of marijuana by the Reagan administration led to overcrowding in state and federal prisons. Between 1980 and 2011, the state and federal prison population increased from 316,000 to 1.5 million, with another 700,000 in locally run jails. That’s when the largest private prison companies known as CCA and GEO Group realized there was big money to be made by signing contracts with states that simply didn’t have the resources to imprison the influx of non-violent drug offenders. America’s cultural disease of criminalizing rather than rehabilitating its citizens deepened.

Raw Story noted that private prisons are often funded by taxpayers at the state level, which allows for their parent companies to become enormously wealthy. Just last year, the CCA raked in $1.79 in revenue.

The controversy surrounding the private prison industry has even made it into the US general election cycle. Raw Story reported that in March, Donald Trump, now the GOP's presidential nominee, said that the prison system can best be reformed through privatization.

"I do think we can do a lot of privatizations, and private prisons it seems to work a lot better," Trump said.

The Intercept also wrote that Hillary Clinton, the Democratic presidential nominee, reportedly cut ties to private prison lobbyists after activist groups criticized her about accepting donations from the industry. But as The Intercept noted in June, Damon Hininger, the CEO of Corrections Corporations of America, told an investor forum that month that his business will profit regardless of who is in the White House.