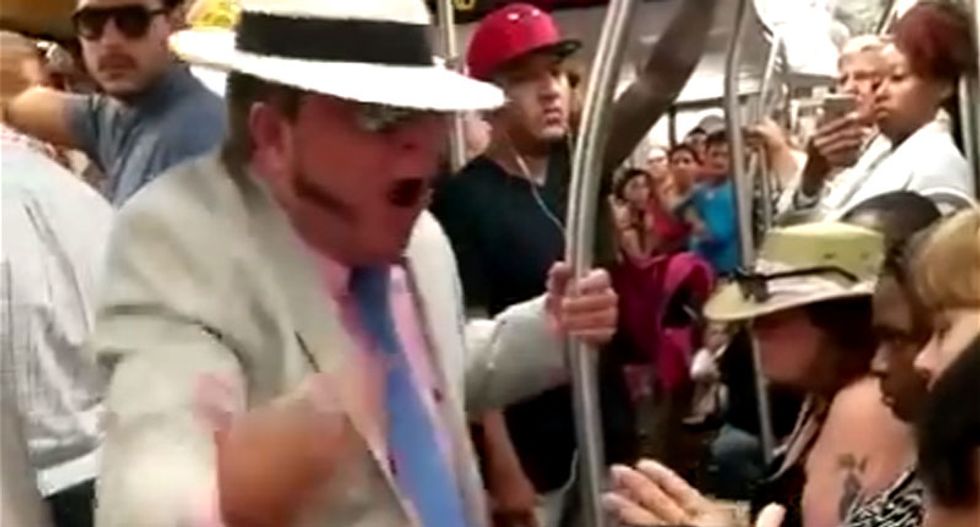 A Trump supporter was recently filmed going on a racist tirade inside a Manhattan subway train.

In video uncovered by The Daily Mail over the weekend, the unidentified man can be seen spewing sexist and racist obscenities, along with his support for Republican presidential candidate Donald Trump.

"C*nt! C*nt! Fat two-faced c*nt!" the man yells at a black woman. "Worthless stupid f*cking c*nt! Donald Trump 2016! Put them back in the fields where they belong."

Another woman on the train tries to calm the man down, imploring him to "let it go."