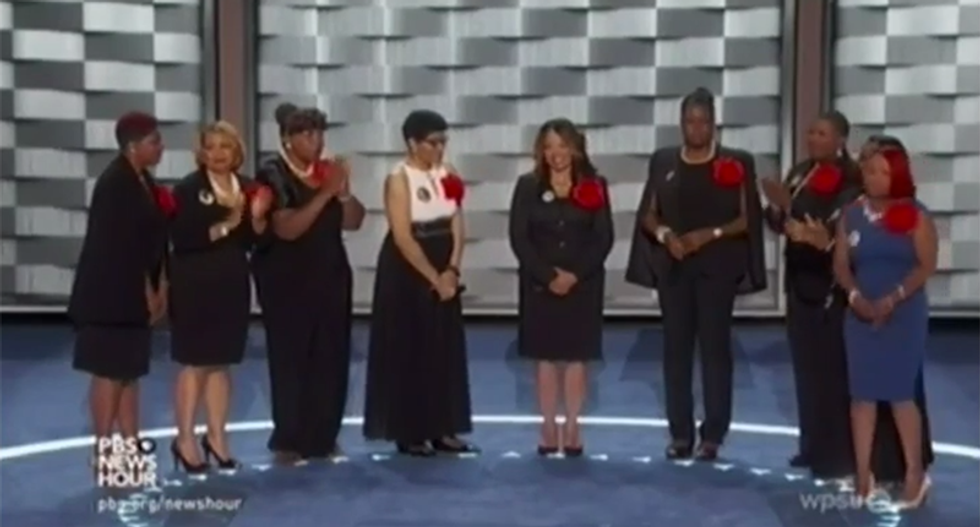 Mothers of the Movement speak to the DNCC (Photo: Screen capture)

Mothers who have lost children at the hands of police shootings appeared on stage at the Democratic National Convention Tuesday and it seemed too much to handle for some on Twitter.

Like this man whose racism was on full display:

Or this one who thinks empathizing with Black Lives Matter means a downfall of freedom and liberty somehow.