Rap legend Chuck D unloads on Trump: 'He's stupid and this convention is stupid for having him' 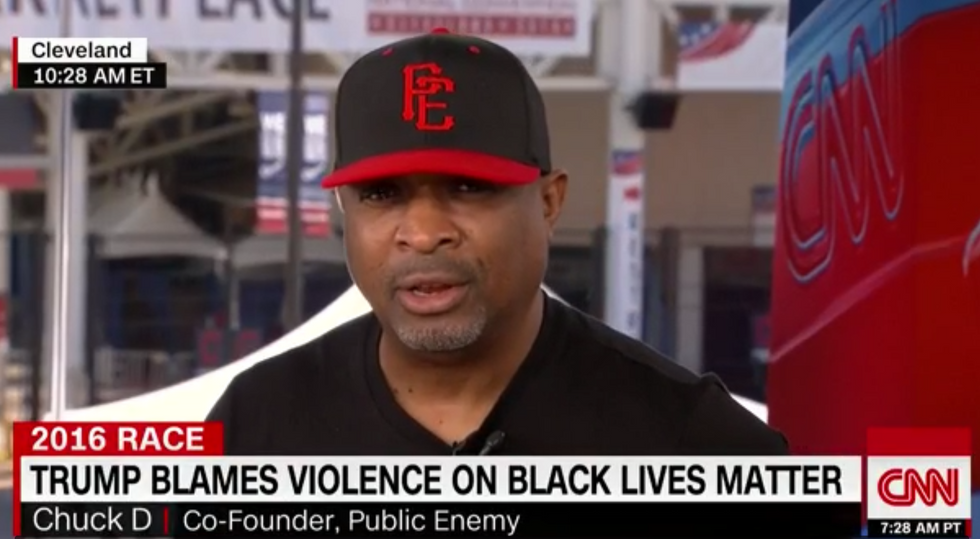 If you've ever listened to any Public Enemy records, you can probably guess that rap legend Chuck D does not fit the profile of a Trump voter.

In an interview with CNN on Tuesday, Chuck D righteously unloaded on both Donald Trump and the RNC by bluntly stating that "he's stupid and this convention is stupid for having him."

But he didn't leave it at that.

"He's out of his mind," said the former Public Enemy star. "'Black Lives Matter' is a narrative full of all kinds of people, who answer the question... 'If we don't matter, then no one matters.'... For the longest period of time, black lives seemingly didn't matter."

It's safe to say the RNC won't invite him and Flavor Flav into the arena to rip through "911 is a Joke" and "Welcome to the Terror Dome," though if they did it would be pretty amazing.