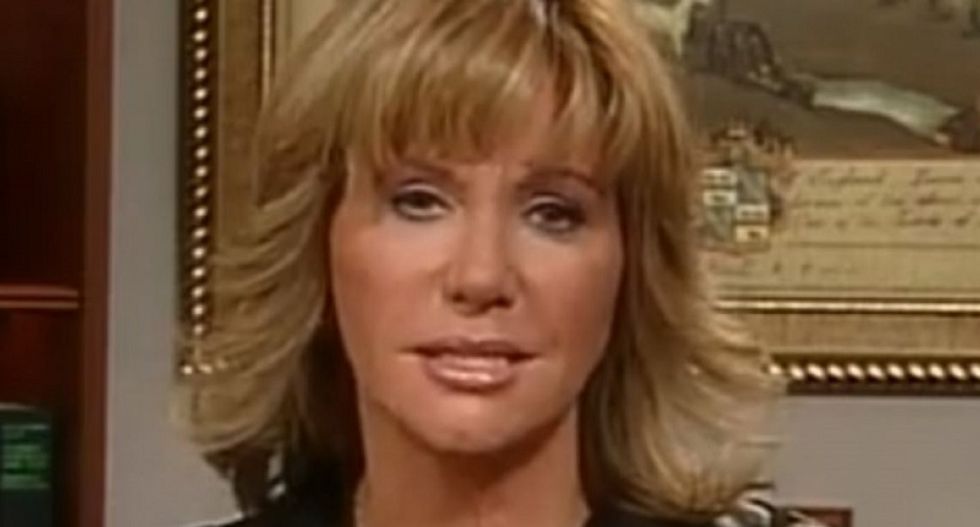 Conservative radio host Sandy Rios questioned the loyalty of the Muslim father of a an Army captain who lost his life fighting for the United States military in Iraq, according to Right Wing Watch.

Rios, director of governmental affairs for the American Family Association, questioned the patriotism of  Khizr Khan, father of Army Capt. Humayun Khan after the father spoke out at the Democratic National Convention in Philadelphia this week. Khan condemned Clinton's rival, Republican Donald Trump, taking him to task for attacking Muslims.

At one point, Khan took out a pocket-sized Constitution and asked if Trump had read it.

"Let me ask you, have you even read the United States Constitution?" Khan demanded. "I will gladly lend you my copy.”

Rios took it as an opportunity to question Khan based on his faith.

“And if you are so concerned, Mr. Khan, if you’re an American first, then distinguish yourself and condemn Islamists, condemn the Muslim Brotherhood, then we will listen to you, and stop waving the Constitution," she said. "As far as I can tell, Islam, truly, supporters of Islam and the Quran, cannot embrace the Constitution. Now, if you have a different view, then explain that to us and then maybe we can be persuaded, but don’t shame America for having genuine and rightful concerns about Muslims in our midst when we have no idea who they are or what they really believe, and we’re not even sure about you, sir, because we know about taqiyya, which is the practice of lying to the infidel in order to advance the Muslim cause."

Rios then questioned Khan's son, even though the 27-year-old made the ultimate sacrifice for his country.

“So I’m sorry, we’ll not be shamed. I’m sorry for the loss of their son and I hope he is a loyal American," she said. "But I think a loyal American Muslim would be more like Zuhdi Jasser, who is very clear about where he stands, who was very patriotic and loyal and totally distances himself from Islamism, so if that’s the case for this gentleman, then he should’ve said that on the platform rather than shaming us for having concerns about Muslim immigration.”

Listen to the segment, as posted by Right Wing Watch, here: