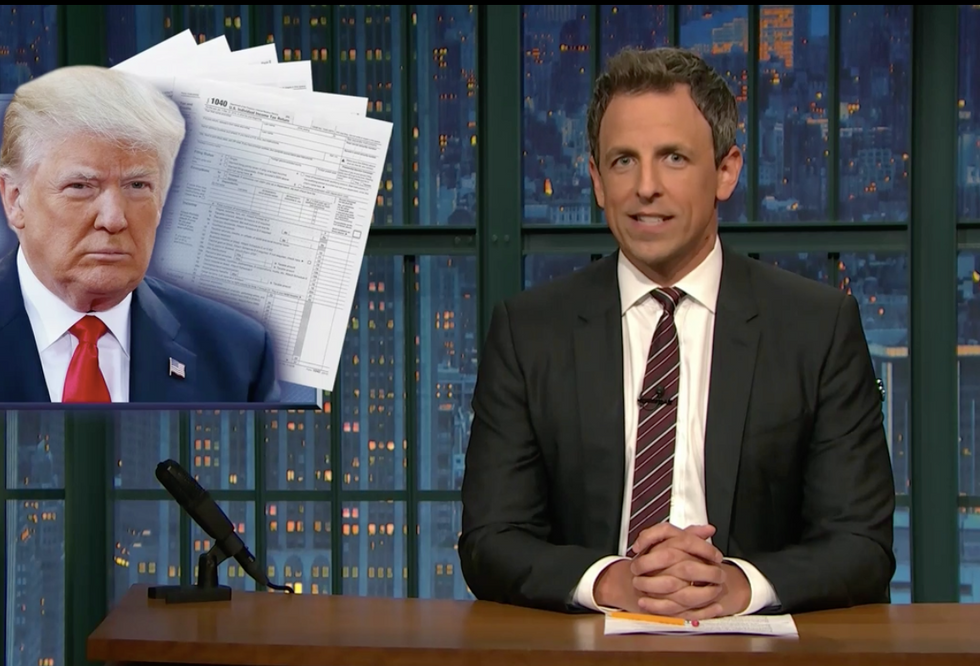 Clinton donors, the Late Show host said, have put out a bounty on the former reality TV star's tax returns, which the Trump campaign announced this week it will not be disclosing.

Some critics like columnist George Will have suggested that Trump won't release the financial records because they would reveal extensive ties to Russian oligarchs.

Meyers, however, has another theory.

"You're not running for president because you want the power or you want to make America great, I think you need the $400,000 a year salary," said Meyers.

Why I think Trump's not releasing his tax returns (he's broke) https://t.co/IfM7mTPGVp