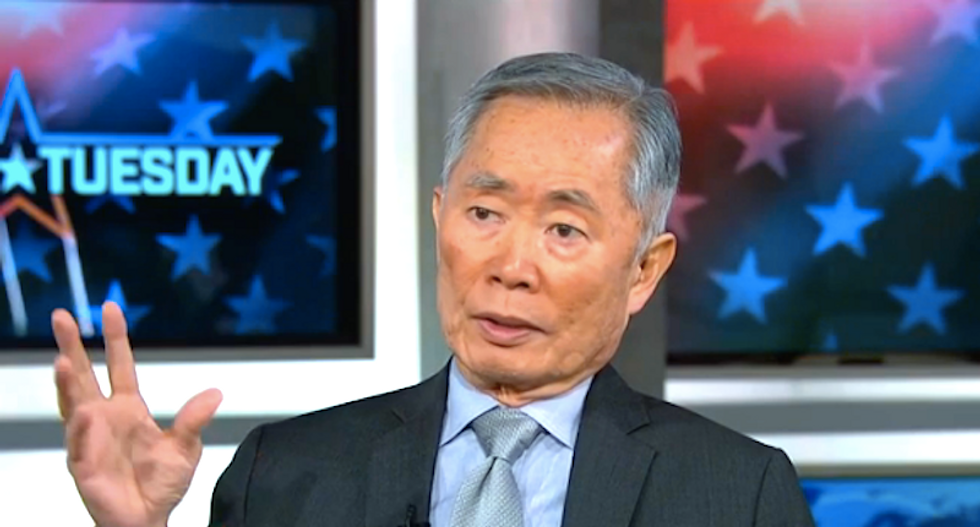 An attempt to honor George Takei in the latest Star Trek film appears to have backfired.

John Cho, who succeeded Takei in the role of Hikaru Sulu in the new incarnation of the franchise, revealed that the character will be identified as gay and living in a same-sex partnership in the upcoming film Star Trek Beyond.

Takei, in turn, told The Hollywood Reporter that he tried to dissuade both Cho and director Justin Lin from including that in Sulu's characterization, even though Lin and screenwriter Simon Pegg (who plays Chief Engineer Montgomery Scott) did so to acknowledge Takei.

"I told [Cho], 'Be imaginative and create a character who has a history of being gay, rather than Sulu, who had been straight all this time, suddenly being revealed as being closeted,'" Takei explained.

The new film series, which began in 2009, takes place in an alternate timeline from the original series and features younger versions of Sulu, Captain James Kirk, and the rest of its core characters.

According to THR, Sulu's sexuality in the new series is revealed in a scene showing him raising a child with his partner.

"I liked the approach, which was not to make a big thing out it, which is where I hope we are going as a species, to not politicize one's personal orientations," Cho said earlier this week.

But Takei said he was led to believe before this week that the new creative team would follow his suggestion, considering that Beyond will be released during the series' 50-year anniversary.

"I'm delighted that there's a gay character," he said. "Unfortunately, it's a twisting of Gene [Roddenberry's] creation, to which he put in so much thought. I think it's really unfortunate."