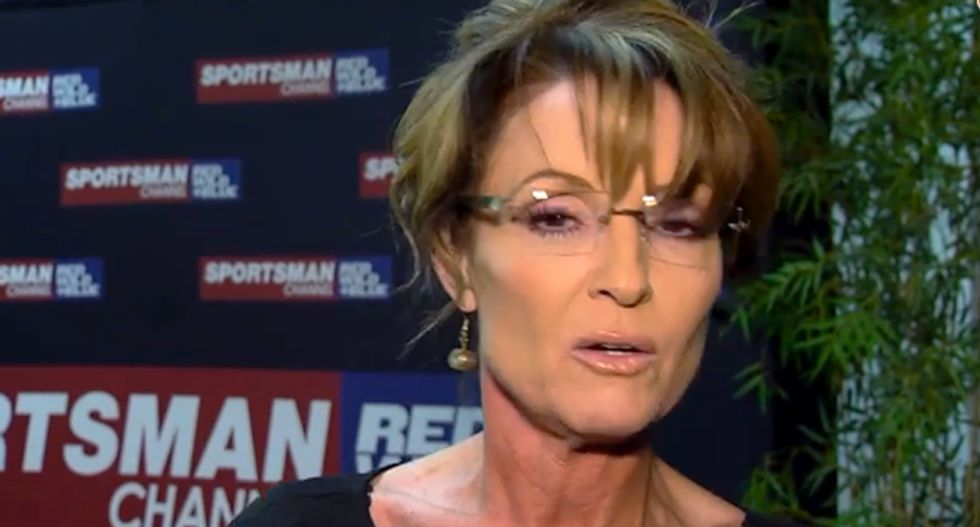 Former Alaska Gov. Sarah Palin (R) over the weekend demanded that media outlets begin referring to Black Lives Matter activists as "thugs" instead of calling them "protesters" or "people."

"They're not protesters," she said during an interview on Breitbart News Sunday. "You know, these are thugs, they're rioters."

"And yeah, I'm calling out the media, saying quit claiming that these rioters are people," Palin continued. "They're stomping on a flag -- figuratively and literally -- shouting 'death to cops', celebrating violence."

According to the former GOP vice presidential nominee, black activists "are getting away with it because there aren't enough of them gutsy enough to call out what it actually is -- and it's sick."

"And I think the media is perpetuating a message that really evil people are thriving on right now," Palin added, "as they try to warp malleable minds that would believe that one race matters more than another."