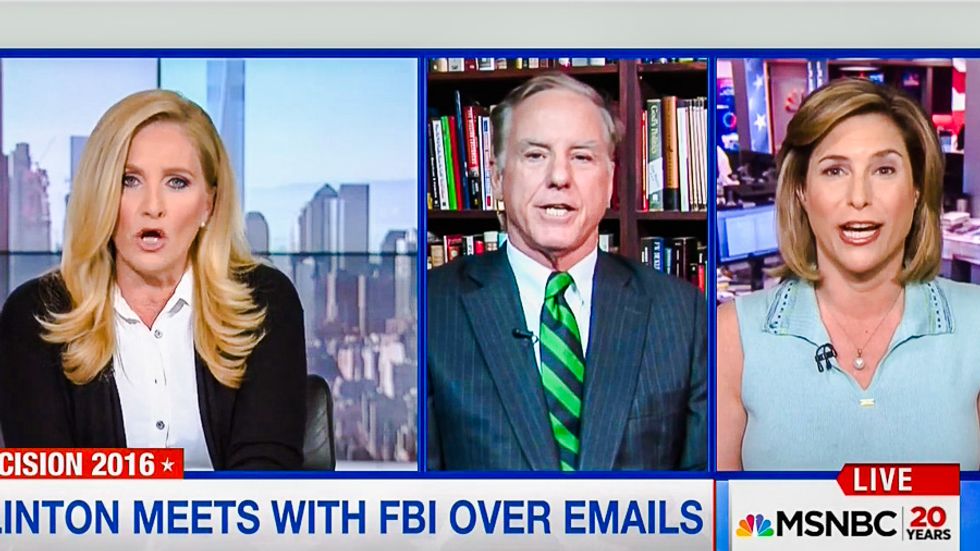 During a Sunday discussion about Hillary Clinton's email server scandal on MSNBC, Republican strategist Susan Del Percio focused on Bill Clinton's recent decision to board the attorney general's plane unannounced on a tarmac in Phoenix.

"No one else would have seen the spouse of someone else under investigation," Percio said. "It does play into Donald Trump's issue that the system is rigged."

"As innocent as it may have been," Witt said, turning to Dean, "politically, isn't it almost inexcusable?"

"Nonsense!" Dean exclaimed. "This is crap. We ought be talking about serious stuff, not who did what to who. The reason this happens is because the right wing has got nothing on the Clintons, and all they can do is make up stuff like this."

Watch the video below from MSNBC, broadcast July 3, 2016.