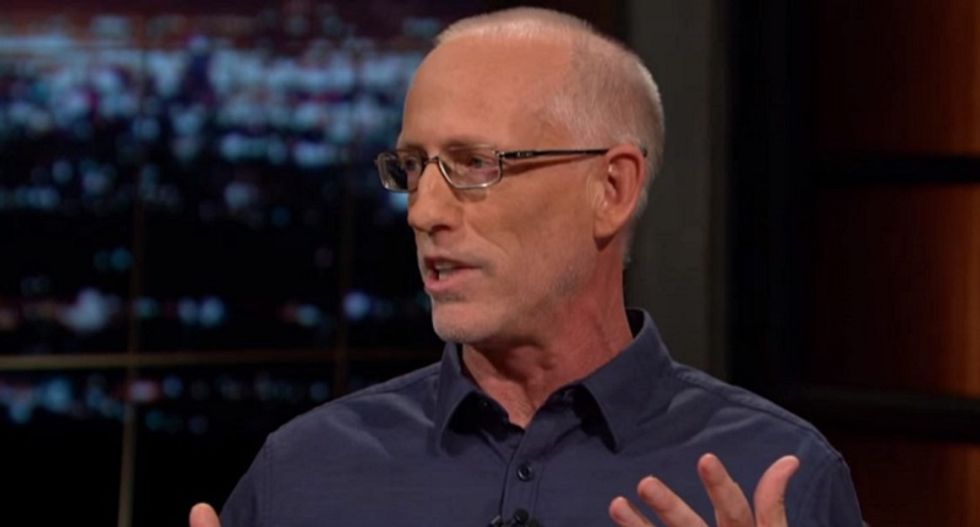 Trump-supporting Dilbert cartoonist Scott Adams has become a very sensitive soul lately -- so sensitive, in fact, that he said this week he needed his own safe space to hide from the Democratic National Convention.

While responding to a critic on Twitter, Adams said that he didn't watch this week's DNC because it would have made him feel "like a weak and useless white male."

@MrDuttonPeabody Did the Democratic convention make you feel like a weak and useless white male? That's why I didn't watch.
— Scott Adams (@Scott Adams)1469745652.0

This statement, which is about the boldest way to telegraph your own personal insecurities you'll ever see, was met with deserved ridicule from Adams's followers.

@ScottAdamsSays @jbouie @MrDuttonPeabody That's got to be the most fragile masculinity I've ever heard tell of.
— Peter Cashwell (@Peter Cashwell)1469765329.0

At any rate, if you're surprised that someone with such deep-seated insecurity about their masculinity is all-in as a Trump supporter... well, you really shouldn't be.