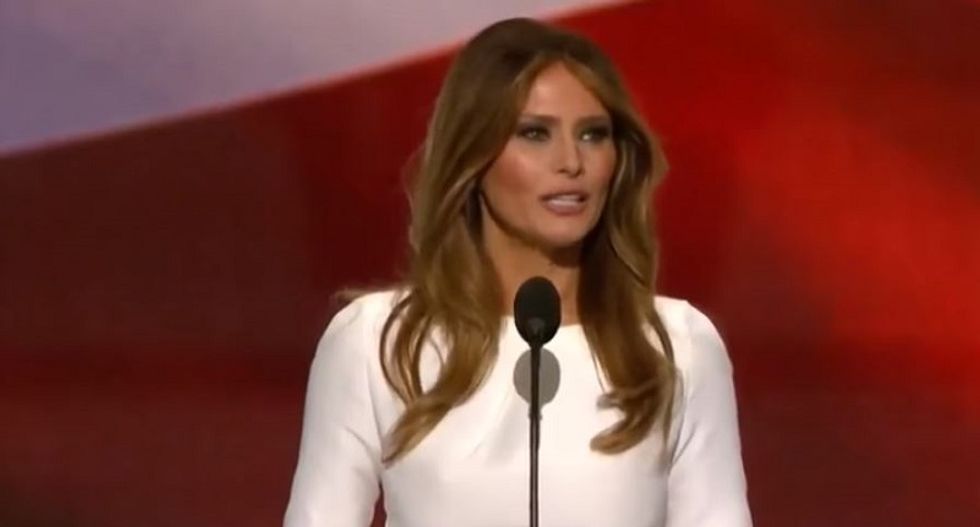 According to the Washington Post, it may have been a violation of campaign finance laws for GOP presidential nominee Donald Trump to use private corporate resources to write a campaign speech.

According to the Post, Meredith McIver, 65, is a full-time employee of the Trump Organization and not a paid campaign staffer. She took responsibility for lifting two passages from Michelle Obama's 2008 convention speech for Melania Trump's highly-anticipated Monday night speech.

"On the face of it, this looks like a corporate violation," Lawrence Noble, general counsel for the Campaign Legal Center, told the Post. That is "a violation of federal law. It can result in civil penalties to the corporation and the campaign."

It's a criminal offense if the campaign used private resources "willingly and knowingly," the Post reports.

Trump's campaign can use his corporate employees for political work if they properly account for it and if the work is compensated by the campaign, not Trump's corporate coffers.

It's possible Trump's organization is "paying in advance for the use of staff."

Campaign records obtained by the Post don't show any records of payment from the campaign to McIver.

McIver has apologized and submitted a letter of resignation, which Trump refused to accept.

The Daily News reporting may shed light onto why McIver may have chosen the Democratic first lady's words. She's a registered Democrat -- though she has worked for Trump since 2011 as a staff writer. She helped write such books as Trump: How to Get Rich.

In a bio reviewed by the Daily News, McIver claims to have been a student for the New York City Ballet's feeder school, the School of American Ballet. She claims to have worked for Wall Street before joining Trump Organization and to hold an English degree.