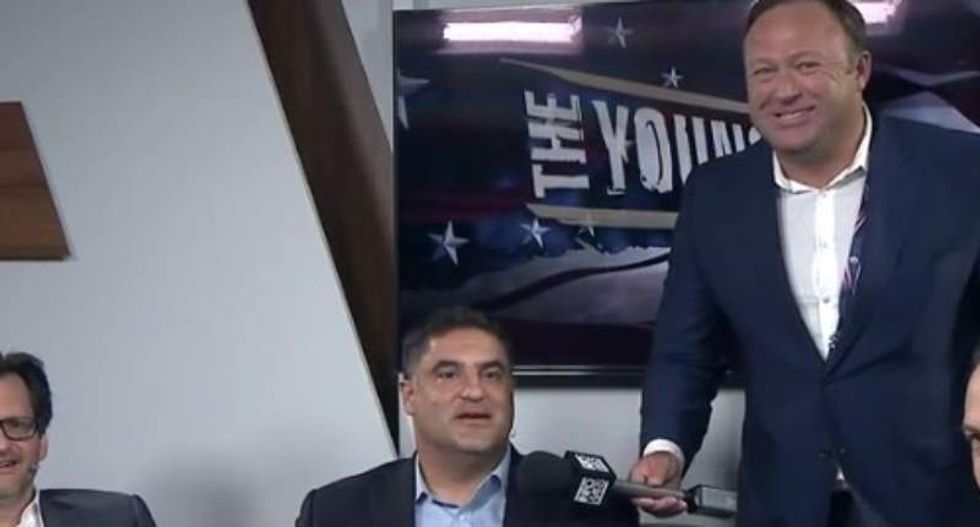 Right-wing host Alex Jones invaded the Young Turks set while they were broadcasting from the Republican National Convention on Thursday, apparently in the hopes of inciting a confrontation between host Cenk Uygur and Roger Stone, an ally of Donald Trump.

With Stone off-camera, a grinning Jones can be seen telling Uygur, "I wanna have a rant-off with you," before urging Stone to crash the set, as well.

Jones continues to goad Uygur, asking if he's afraid to debate Stone, who has a long history as a conspiracy theorist.

The back-and-forth continues, with Uygur's co-host Ana Kasparian yelling at Jones at one point to "get the f*ck off the stage." When Jones accuses her of being part of a Saudi Arabian "jihad," Uygur leaves his chair and removes his jacket.

"This is bullsh*t," he tells Jones as he throws his earpiece off. The two men were separated before the altercation turned physical.

Watch the confrontation, as aired by the Young Turks, below.