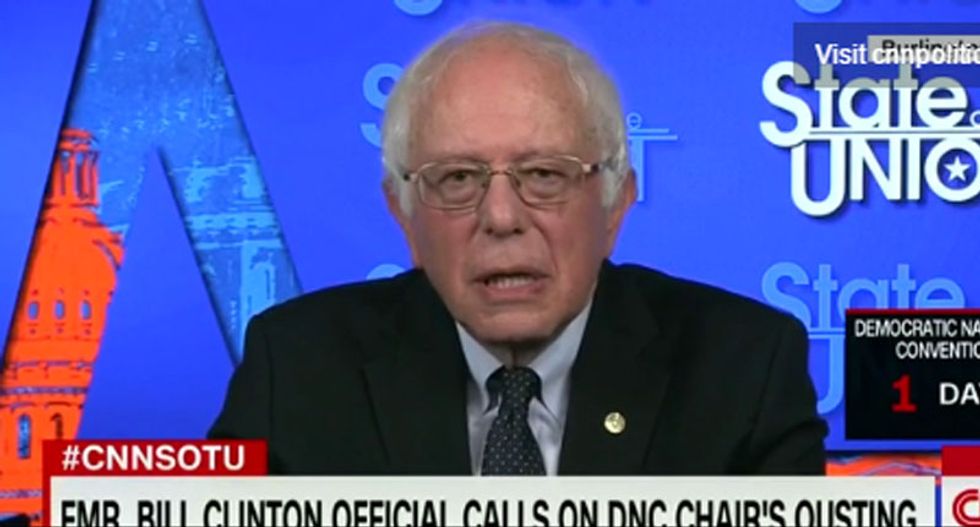 Vermont Sen. Bernie Sanders on Sunday called for Debbie Wasserman Schultz to resign as the head of the Democratic National Committee.

"I asked and demanded Debbie Wasserman Schultz resignation many, many months ago -- and I state that again," Sanders said on CNN. "I don't think she is qualified to be the chair of the DNC, not only for these awful emails which revealed the prejudice of the DNC, but also because we need a party who reaches out to working young people and I don't think her leadership style is doing that."

Emails released by WikiLeaks this week showed that some officials in the DNC were intent on undermining Sanders' presidential campaign. One official even floated the idea of questioning his faith. "My Southern Baptist peeps would draw a big difference between a Jew and an atheist," DNC CFO Brad Marshall wrote in an email.

Sanders reiterated his position on ABC News, saying the Democrats need a "new chair who is going to lead us in a very different direction, and that is taking on the billionaire class and fighting for an agenda that works for working families."