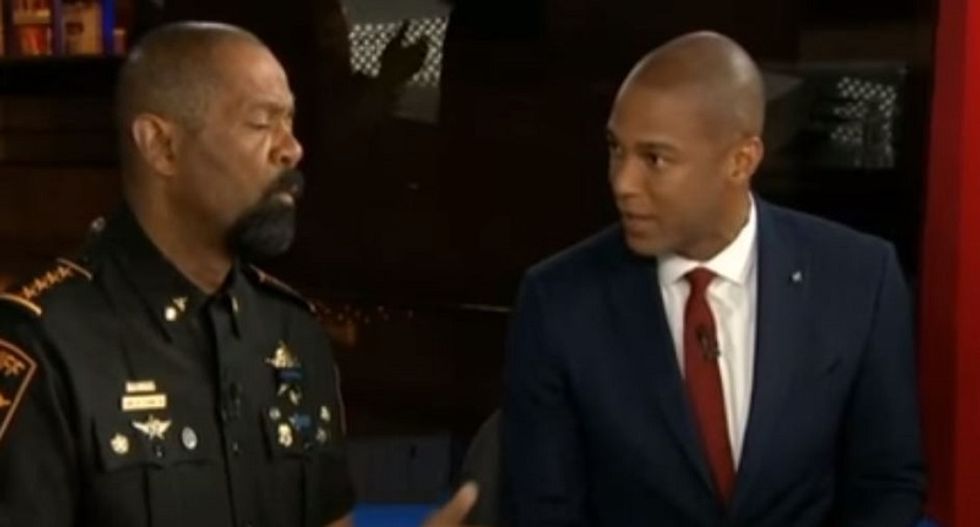 Lemon started the interview off by saying the police in Baton Rouge had a message of peace and asking Clarke for his sentiment.

"Their message is peace and coming together in the country," Lemon said. "What's your  message?"

Clarke sniffed at his question.

Clarke then blamed the Black Lives Matter movement for the recent spate of cop killings in Dallas and Louisiana, growing agitated until Lemon had to ask him to "keep it civil."

Clarke continued to rail about the movement until Lemon cut him off to take a commercial break, saying, "Are you gonna let me talk?"

When they returned, Clarke said, "First of all, this whole anti-police rhetoric is based on a lie. There is no data and no research that proves any of that nonsense. None."

Lemon then told him to be specific about what he was talking about. Clarke then said everyone from President Barack Obama to the Washington Post were lying about data that shows black people are statistically treated more harshly by law enforcement than white people, which Lemon countered.

Clarke then tried to turn the conversation to "black-on-black crime," but Lemon pointed out that's a different conversation and tried to get the interview back on track.