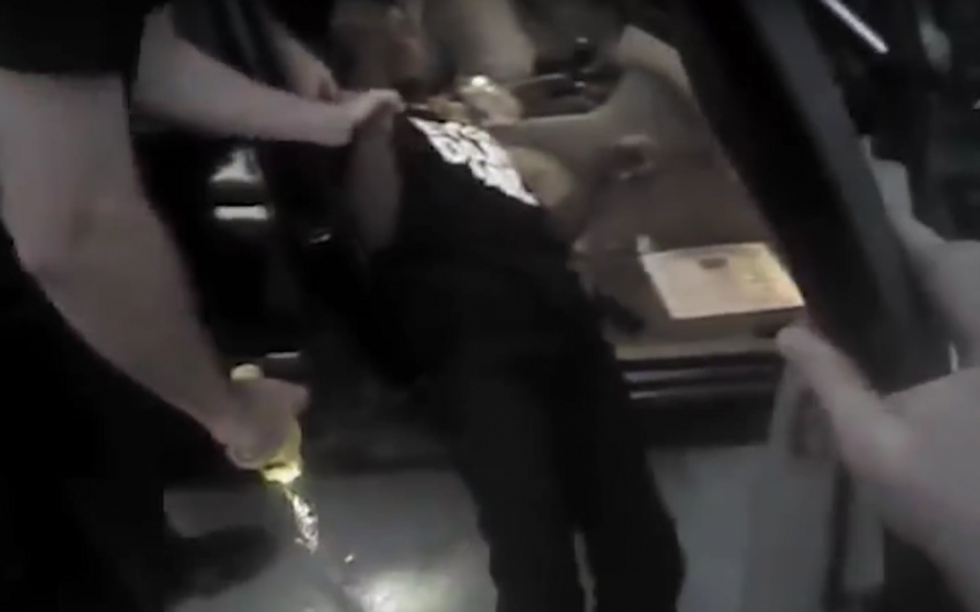 Earlier this year, police in Georgia tased a 24-year-old man named Patrick Mumford outside his home -- and it turns out he wasn't even the guy they were looking for.

Via The Daily Beast, a new police body cam video posted by Mumford's attorney Will Claiborne this week shows officers with the Savannah-Chatham Metropolitan Police Department approach Mumford and ask for his name. Patrick replies that his name is Patrick, but the police don't seem to believe him.

Mumford insists on seeing a warrant and resists the officers' demands to get out of the car he's sitting in. They eventually tase him twice with 2,000 volts of electricity.

After they have him handcuffed and pinned to the hood of a police car, they open up his wallet and pull out his ID, only to discover that he isn't the man they're looking for,

Instead of being apologetic about this case of mistaken identity, one of the officers scolds Clay for not handing over his ID when he was asked. As Mumford's attorney points out, the police never actually asked Mumford for his ID before they tased him.

What makes this particularly distressing is that Mumford was subsequently charged with violating his probation for a non-violent drug offense after this incident, and he could spend an additional seven years in prison if found guilty.

"Patrick is arrested for obstruction," Claiborne explains. "As a non-violent drug offender serving in a first-offender probation program, a pending probation violation could cost him his job, his college education, and seven years in prison: all for sitting in his own car, minding his own business, and telling the truth."

The police claimed that Mumford looked very similar to Clay, which is why they mistook him for the man they were really after. However, a side-by-side comparison shows the two men don't look alike at all: 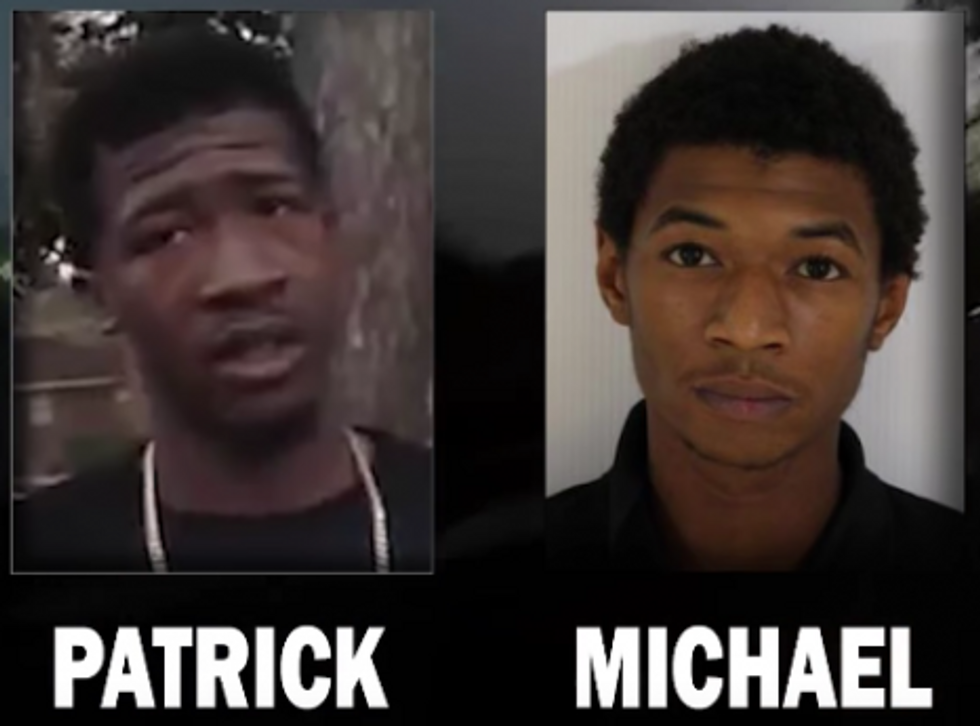 In a statement, the police department accused Claiborne of releasing a deceptively edited video.

"The video released by the defense attorney was edited and omits significant portions wherein a relative asks the individual to be cooperative. The relative on the video also suggests the arrestee is similar in appearance to the wanted person, who purportedly lived at that residence. The edited video also omits other calm interactions the officers had with relatives and the arrestee."

Watch the video of the body camera footage below.