WATCH: Creationist debates an atheist on evolution outside Ark museum -- and gets utterly humiliated 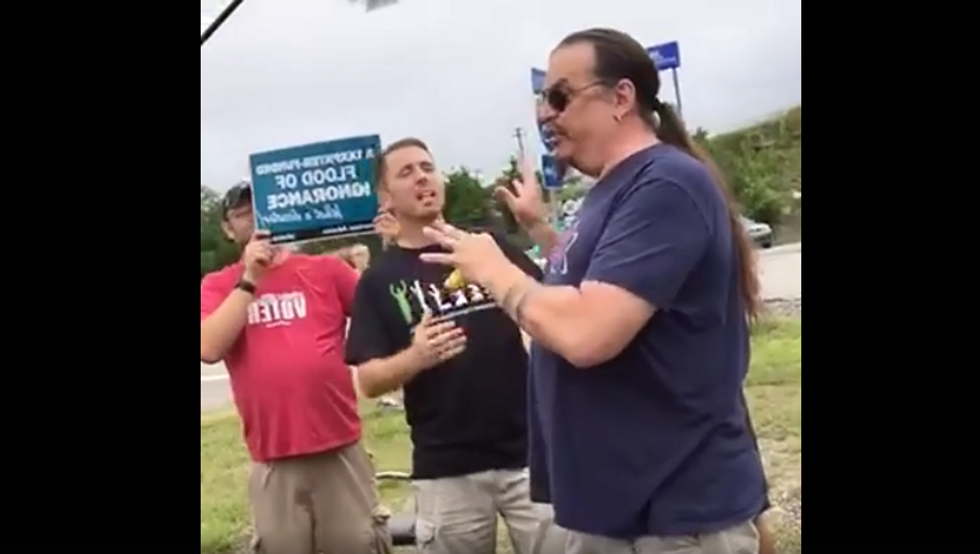 Creationist Ken Ham's infamous Ark museum officially opened to the public on Thursday, and some atheists were on hand to troll museum goers and hopefully educate them on some basic science.

A video posted by Friendly Atheist shows creationist Eric Hovind getting into a debate about evolution with atheist Aron Ra, who absolutely takes him to the cleaners.

"Do you believe we came from an ape-like ancestor?" Hovind asks Ra, in what is supposed to be a "gotcha" question.

"Yes," he replied. "Apes don't have tails -- learn taxonomy! So yes, you are an ape, by definition."

From a biological standpoint, apes are a classification of anthropoid primates that don't have tails. There are two different families of apes: Hylobatidae and Hominidae. The Hominidae branch includes orangutans, gorillas... and, yes, humans.

Hovind doesn't seem to understand this, however, and accuses Ra of making an ad hominem attack against him for labeling him an ape. Hovind's companion then accused Ra of sounding like Adolf Hitler, which is a surefire way to signal that you've lost an argument.