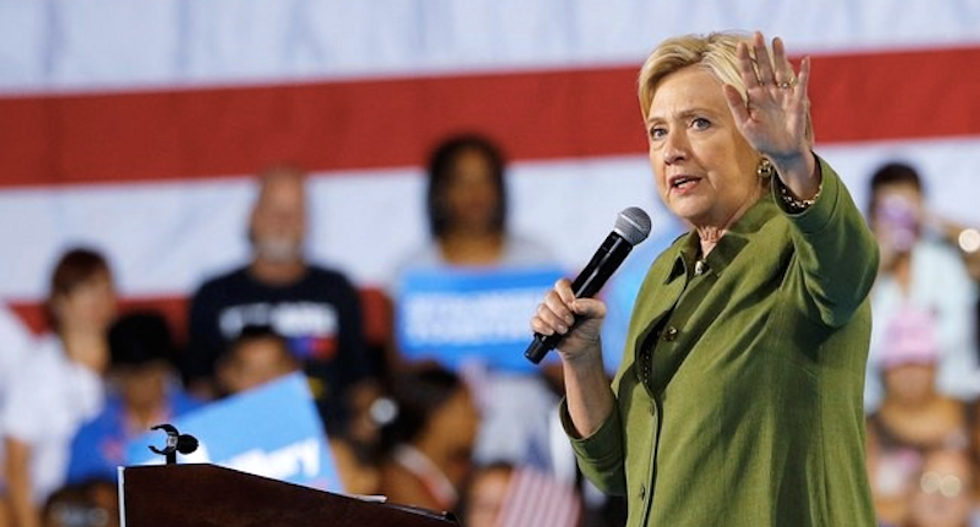 Barack Obama will highlight Hillary Clinton's judgment and toughness on Wednesday as he seeks to boost her campaign to be the first woman U.S. president, hoping to hand off the White House to a trusted fellow Democrat and stop Republican Donald Trump.

Clinton formally secured the Democratic Party's presidential nomination at the party's convention in Philadelphia on Tuesday. She will accept the nomination on the last day of the meeting on Thursday, becoming the Democratic standard-bearer against Trump in the Nov. 8 election.

In a highly unorthodox move, Trump appealed to Russia on Wednesday to uncover and release thousands of emails that Clinton did not hand over to U.S. officials as part of a probe into the use of her private email system while she was the country's top diplomat from 2009-2013. Clinton has said the emails she did not hand over were private.

Trump, a 70-year-old New York businessman with no experience in political office, has hammered Clinton as untrustworthy and cast America as a place where security threats abound and law and order are breaking down. He has proposed deeply controversial measures such as temporarily banning Muslims from entering the country and building a wall on the Mexico border to stop illegal immigrants.

"I hope my headline (from the speech) is that the president of the United States is profoundly optimistic about America's future and is 100 percent convinced that Hillary Clinton can be a great president," Obama said in an interview with NBC News broadcast on Wednesday, ahead of his evening speech.

Obama "has been candid about why he thinks electing the Republican nominee is a risky path for the United States," White House spokesman Eric Schultz said on Tuesday.

However, Obama's speech would focus more "on how Secretary Clinton has the judgment, the toughness and the intellect to succeed him in the Oval Office," Schultz said.

Obama, who beat Clinton in the 2008 campaign for the Democratic nomination, will be speaking 12 years to the day since he gave a keynote address, as an Illinois state senator, to the Democratic convention in 2004, which launched him on the national stage.

Clinton waged another hard-fought primary battle this year, beating off an unexpectedly strong challenge from the left by Bernie Sanders, a U.S. senator from Vermont.

The convention has sought to tamp down lingering bitterness among some die-hard Sanders supporters, and move past unruly displays of dissent that marked the first day on Monday.

In a gesture of party unity, Sanders put forward Clinton's name on Tuesday night to make her the first woman presidential nominee for a major U.S. party.

Democrats have buttressed Clinton with a star gathering of current and past party notables. By contrast, many eminent Republicans were absent from the party convention that nominated Trump for the White House last week.

Bloomberg, founder of the Bloomberg news and data service, was previously elected as a Republican and later became an independent. He would take on Trump in the area where the New York real estate developer seeks to appeal to voters: his business acumen, said campaign chair Podesta.

"He (Bloomberg) will talk about the reason he has come to the conclusion that Hillary Clinton is the right choice to be a stable leader on economic matters, and why Donald Trump through his life in business is incapable of managing the economy let alone his own affairs," Podesta said.

Kaine, a U.S. senator from Virginia picked as Clinton's running mate last week, will also get a chance to present himself to the party and the country.

After being formally nominated on Tuesday night, Clinton got a warm endorsement from her husband, Bill Clinton. The former president called his wife, who has also been a U.S. senator, a dynamic force for change and sought to paint his wife in a warm personal light.