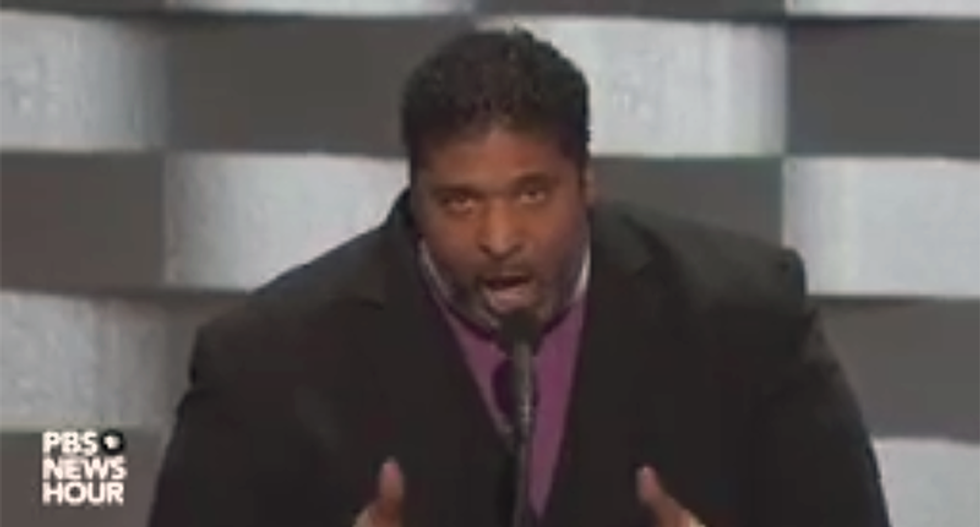 The legendary civil rights activist behind the "Moral Monday," Rev. William Barber just laid down some hard truth at the Democratic National Convention that right-wing evangelicals aren't going to like at all.

Barber's speech brought down some hard truth about equality, working together and building a better world. One such truth was that "Jesus was a brown-skinned Palestinian Jew."

When it came to Trump, Barber didn't say him by name, but the message was clear.

His passionate speech thundered through the hall, calling progressives to action and demanding action to stop gun violence and crumbling relationships between police and communities of color. Barber says that we are not all equally to blame. He explains that there are forces determined to "stop the heart of our democracy." We all shoulder the responsibility for what will happen next.

"We are being called, like our mothers and fathers, to be the moral defibrillators of our time," he said, as the crowd rose with him for the umpteenth time. "We will shock this nation and fight for justice for all." And later: "We will not give up on the heart of our democracy, not now, not ever."

These are the perfect words for a nation brought to its knees thanks to the dark cloud of partisan gridlock that hangs over Congress and the special interests, that have created a brand of politics that is quite simply mean.